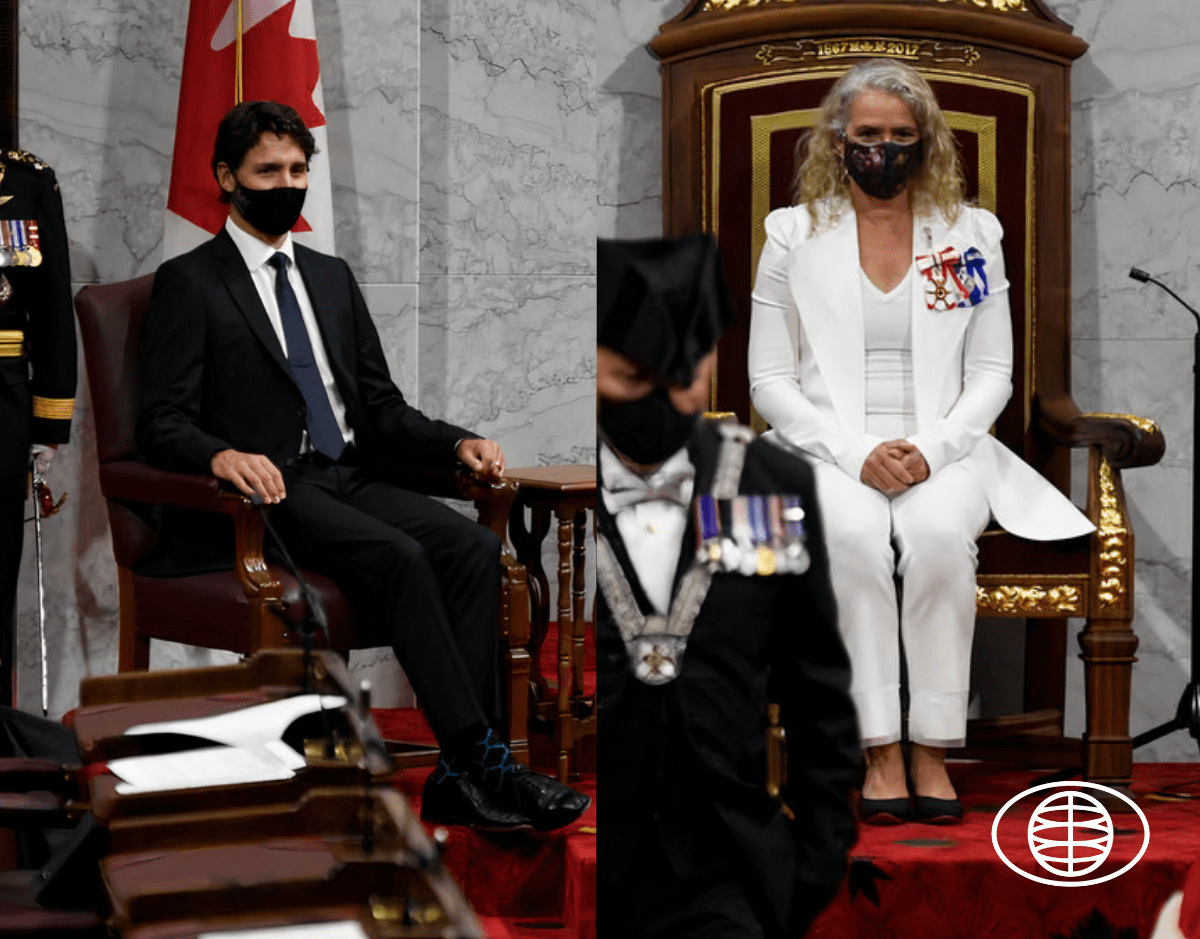 Long-term strategic priorities have largely remained the same, but are more urgent with rising COVID cases throughout Canada.

In a speech to the nation following the unveiling of his government’s Speech from the Throne, Prime Minister Justin Trudeau urged Canadians to be mindful of rising COVID case levels across the country. The need to provide supports in response to COVID-19 was the driving force behind today’s Speech from the Throne, which stated that the government would “help Canadians in the short term, to do whatever it takes, using whatever fiscal firepower is needed to support people and businesses during the pandemic.” This sentiment of support and the government being there for Canadians touched on all aspects of the speech, which the government repeatedly said would “reset” their agenda.  Ultimately, the government’s agenda as presented in today’s speech is not so much new as reinforced.  The big picture longer-term strategic priorities have largely remained the same but have been made more urgent given the rising COVID numbers in various parts of the country.

In any Speech from the Throne, the government is given the opportunity to outline a strategic direction for their policies moving forward. As is typical, today’s speech did not contain many specific commitments in terms of spending but instead provided general policy markers for the government going forward. Specifically, this speech outlined four “foundations”:

What follows are some of the key commitments made in this afternoon’s speech. More details will be forthcoming in the Ministerial Mandate letters, which provide direction and timelines on delivery of key policies to ministers. These are expected to be released within the next few days and Global Public Affairs will provide summary notes when they are available.

Questions posed by Leger on behalf of Global Public Affairs as part of an omnibus poll,  show the policies proposed by the government in today’s Speech from the Throne were largely in line with nation-wide public opinion. This poll identified investments in healthcare, long-term care and childcare as top priorities for the government when looking at Canada’s strong recovery. Further, the commitments towards clean technology and Zero Emissions Vehicles match the opinion of 29 per cent of respondents who believe that Canada needs to replace traditional energy industries with innovative clean technology in order to adequately fight climate change.

However, what was not in line with public polling, is the lack of direct reference made to support workers in Canada’s natural resource sector, which 17 per cent of respondents thought was a priority in Canada’s continued economic recovery.

Within minutes of the speech’s conclusion, the Leader of the Bloc Québécois, Yves-Francois Blanchet, who is isolating after testing positive for COVID-19, tweeted that “Ottawa has not listened to the urgent and legitimate demands of Québec and the provinces, all of which need Ottawa to respect the jurisdiction of the government of Québecers and those of the provinces, primarily in health.” This statement echoed the similar sentiments made by Québec Premier François Legault, who called the speech “disappointing” and said that it “does not respect the jurisdiction of the provinces in health.” Legault also committed to discussing the speech on Thursday with Canada’s other Premiers. Heading into the Speech from the Throne, there was some speculation that it would contain commitments to increase federal health transfers to the provinces and territories, which was generally supported by Canada’s Premiers. The exclusion of these transfers coupled with pharmacare, a policy panned by Québec and Alberta in the past for encroaching on provincial jurisdiction, was factor in Blanchet’s dissatisfaction. In a statement later this evening, Blanchet stated that the Bloc will only vote in favour of the Speech if it is supported by increased, unconditional federal health transfers to Québec.

As Conservative Leader Erin O’Toole is also isolating after testing positive for COVID-19, the Conservatives’ Deputy Leader Candice Bergen offered remarks on behalf of her party, stating that “we’ve looked at the Speech from the Throne and Conservatives cannot support it.” She later cited the lack of commitment to support Canadian workers from across industries, including oil and gas, a lack of policy to address unity and a lack of fiscal framework as the reason for the Conservative’s dissent.

For his part, NDP Leader Jagmeet Singh refused to say whether his party was in favour of the contents of the speech stating, “[the NDP] are going to take a lot of time to consider the Throne Speech … but really what I want to emphasize is this Throne Speech is just words.” He then gave the Liberals a near-ultimatum for their support, stating that “if you want my support, then you have to stop the proposal to cut help to Canadians who cannot get back to work and make sure you put in place paid sick leave for Canadian workers,” referring to the government’s commitment to ending the Canada Emergency Response Benefit (CERB) and transitioning those on the program to Employment Insurance (EI).

Following today’s event on Parliament Hill, Members of the House of Commons can take up to six days to debate the Throne Speech’s contents and vote. Throughout this debate, the government can amend the contents of the Speech from the Throne, if necessary – although this is not a move the government will be eager to make. If the majority of the Members of the House of Commons vote against the Throne Speech then Canada heads into an election. If the Liberals can get the support of the NDP or the Bloc, keeping in mind that the Conservatives have committed to voting against, then the Liberals will continue to govern.

If the Liberals secure the House’s consent to continue to govern, they will work towards releasing a fiscal update later this fall under the direction of Finance Minister Chrystia Freeland. As the government committed in the speech, this update will include an overview of the government’s economic and fiscal position, will provide fiscal projections, and will set out new measures to implement the Throne Speech. Further, if the government is sustained, the House of Commons has agreed to conduct hybrid sittings until December 11, 2020 – which will include remote voting through Zoom, among other changes to the traditional functioning of the Chamber.