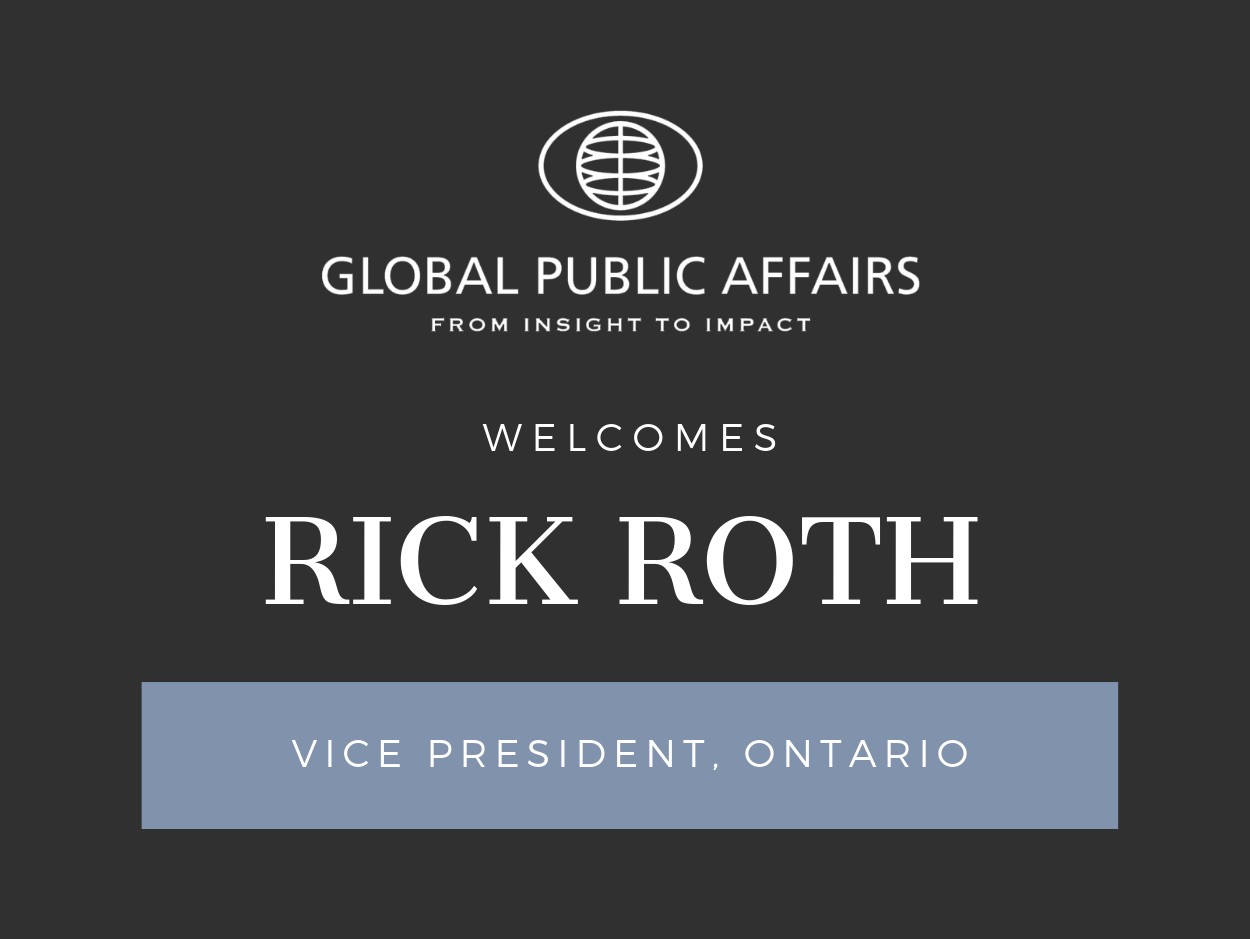 Rick joins Global’s Toronto office from Queen’s Park where he served as Chief of Staff to the Minister of the Environment, Conservation and Parks with the Ford government since July 2018.  Rick executed key files for the government and Minister Rod Phillips including the creation of Made-in-Ontario Environment Plan released in the fall of 2018. Prior to his Chief of Staff role, Rick worked in the private sector with Scotiabank as a Senior Manager for Issues Management. Rick also has more than five years of federal experience during the Harper government. He also held senior roles including serving as Director of Communications to Foreign Affairs Minister John Baird as well as International Trade Minister Ed Fast.