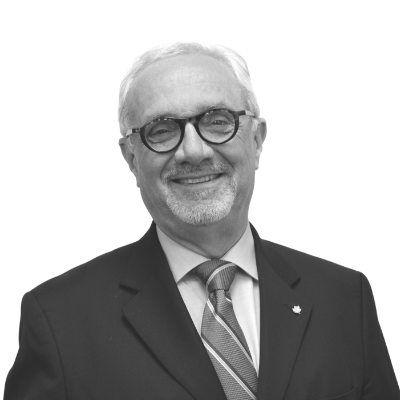 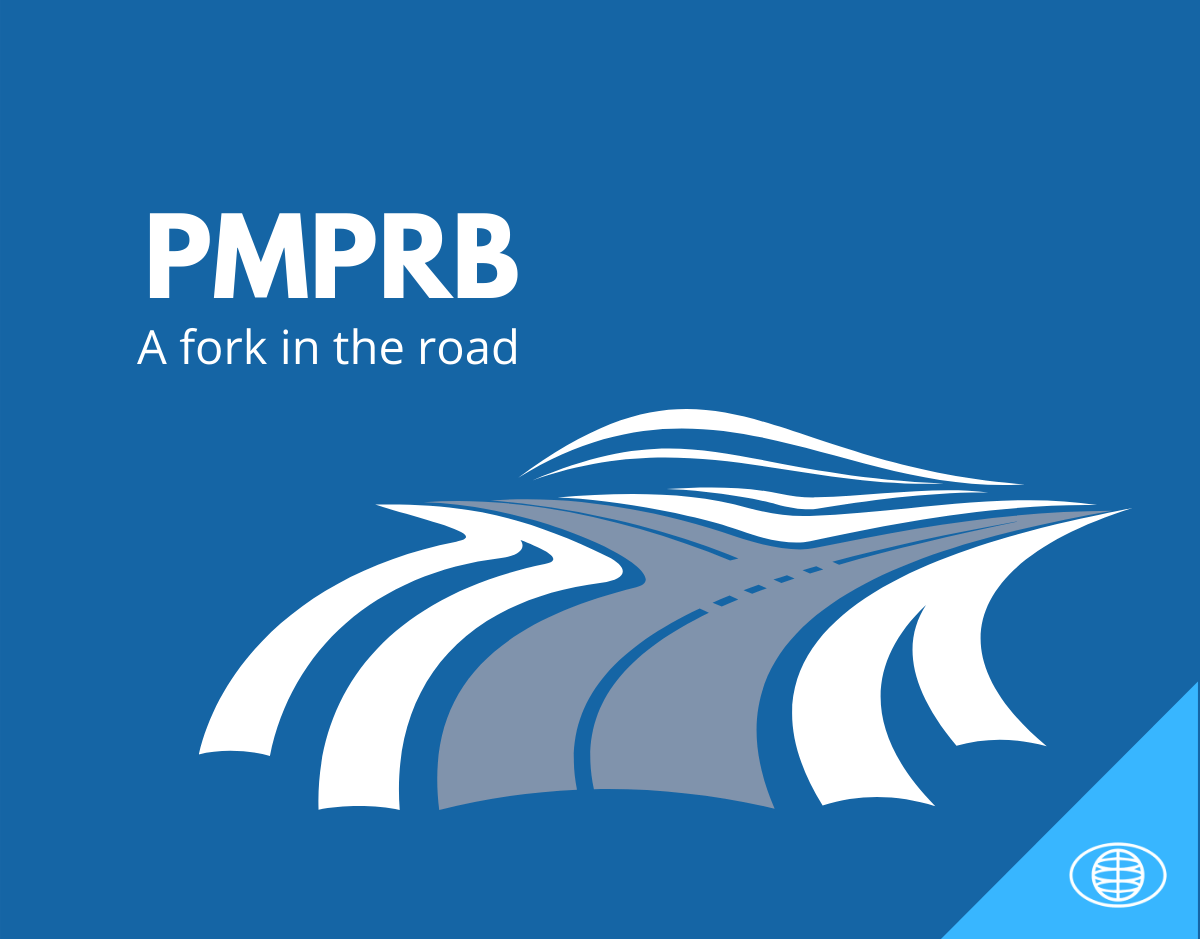 Wayne Critchley served as Executive Director of the Patented Medicine Prices Review Board (PMPRB) from 1990 to 2005 and has closely followed it since in his roles in the public and private sectors. In this article, he shares his personal reflections on the latest developments regarding the PMPRB.

It is commonly believed that governments are adept at putting the best spin on their announcements. But it has proven difficult to put a good spin on the outcome of the recent ill-fated reform of the federal patented drug pricing regime. In fact, what some would see a significant policy “win” was reported by others as a “loss.” 1

While the truth is somewhere in between these views, this policy communications failure is significant because it stokes false perceptions of the life sciences sector and of existing government policy.  These perceptions have led to persistent pressure on the federal government to act outside its authority and pursue bad public policy to overcompensate.

In 2015, the federal government promised action to lower drug prices. In 2017, then-Health Minister Jane Philpott announced a dramatic plan to do so. It remains well-established that the federal government does not have the constitutional authority to regulate drug prices – that is provincial jurisdiction – and so it has historically sought to provide indirect parameters on prices through its legitimate power over patents. In creating the Patented Medicine Prices Review Board (PMPRB) in 1987, Parliament carefully set up a regime directed to prevent patent abuse by remedying “excessive” pricing of medicines during the period of patent protection.

When pursuing reforms thirty years later, the government chose to avoid asking Parliament to amend the Patent Act and instead proposed new regulations to direct the PMPRB:

The goal was to lower the list prices of patented drugs by about 20% on average to the median of the 38 OECD countries, while using the new factors to lower prices even further based on cost-effectiveness and sales volumes. These changes were forecast to lower manufacturer revenues over 10 years by between $8.8 billion (government estimate) 2 and $41.8 billion (independent review).. 3

But immediate questions arose because the available evidence did not support the rationale for PMPRB reform.  In 2020, patented drugs accounted for 55% of the dollar value of drugs sold in Canada, down from 73% in 2003. 4
For 30 years, PMPRB annual reports have shown that the regime has achieved its policy objectives: Canadian prices have been consistently in the mid-range of seven highly industrialized countries; and Canadian drug price increases were well below overall inflation as measured by the Consumer Price Index.  5

Despite constant claims about the skyrocketing cost of drugs, Canadian spending on patented medicines as a share of GDP has remained essentially unchanged over the past 16 years. 6
As for concerns about the high prices of some breakthrough drugs, public drug plans continued their reliance upon health technology assessments and joint price negotiations to obtain the best (negotiated and confidential) deals possible. The Ontario Auditor General reported that the province was receiving manufacturer rebates (not included in the expenditure trends) that had grown to about 30% on their drug costs by 2016-17. 7   Canadian private plans also moved to adapt their own product assessment and listing frameworks to achieve greater value for their plan sponsors and beneficiaries.

This realized performance on expenditures was due in large part to improved drug plan management. Since the PMPRB was created, public drug plans substantially increased their collaboration to develop rigorous approaches to cost effectiveness analysis and joint price negotiation. As stated in a recent court decision:

The Québec Superior Court suggested the PMPRB’s role would actually be “superfluous” in the case of medicines reimbursed under public drug plans. . 9

It also became apparent that the PMPRB reform package might have had serious unintended effects. Without question, they would have significantly reduced revenue potential in Canada for many patented medicines, but they would also have imposed a complex and unpredictable regulatory framework. Patentees were facing a new system where they would face lower price thresholds, up to 50%, but be unable to predict with sufficient precision what the threshold would be and how long it would take to establish market compliance. The result was a growing fear that manufacturers would be reluctant to launch new innovative therapies into Canada and, and as a corollary, to invest in clinical trials which often depend upon access to global standards of care for specific conditions. Many patient organizations and others echoed and amplified concerns about the chilling effect the package would have on future access to new drugs in Canada.

Despite significant pushback from stakeholders, the government decided to pursue the full package of changes and enacted new regulations on the eve of the federal election in 2019 – a decision that led to two significant legal challenges. The first, in the Federal Court of Canada, led to a decision that the requirement to report rebates to drug plans was not valid. 10 This decision was consistent with a 2009 decision from the same court that found an earlier attempt by the PMPRB to require such information to be invalid. 11 The second case, in Québec Superior Court, went to the heart of the constitutionality of the PMPRB regime itself. In February 2022, the Québec Court of Appeal upheld a lower court decision that the new price factors and requirement to report rebates were unconstitutional. 12 The third element, the new “basket” of countries was found to be valid and is scheduled to come into effect on July 1, 2022. Notably, this “basket” removes the United States and Switzerland, while adding six additional jurisdictions. 13

This will improve access for Canadians to quality medicines while generating significant savings over the coming years. At the same time, these changes will ensure the sustainability of the healthcare system, while supporting innovation and investment in the pharmaceutical sector.

Curiously, a CBC report on the announcement implied that the government had caved into pharma industry pressure despite the fact that the government will still implement the portion of the reform package within its powers and upheld by the Courts. 15 This decision has also generated renewed discussion as to the expected impact of the new “basket.”  The 2019 RIAS had predicted that this element alone would lower patentee revenues by $2.8 billion over 10 years. The pharmaceutical industry strenuously opposed this change as no other country ignores its nearest neighbour and largest trading partner when making drug price comparisons.

The actual impact will depend on many factors, including how the PMPRB chooses to interpret and operationalize its power to compare Canadian prices to international prices. In doing so, the PMPRB should take into account the recent Federal Court decision overturning the Board’s ruling in the Alexion (Soliris) case. Among other things, the court found in that matter that the Board’s decision to set the lowest international price as a maximum non-excessive price was not supported in either law or the evidence.. 16

The government is in the process of selecting a new Chair of the PMPRB. The appointment will provide a good opportunity for a reset for the PMPRB after a tumultuous period.  Commentary from various parties have shown that Canadians have a flawed understanding of the Board’s role and mandate. In consulting with stakeholders on how to amend its guidelines, it would be wise to heed the views of the courts, summarized in this statement by Mr. Justice Manson of the Federal Court of Canada:

“It bears repeating that the Board’s mandate under the Patent Act is not to set prices for patented medicines, and the Board does not regulate profits by patentees. The board’s mandate is only engaged where it finds a patentee has abused its monopoly by charging excessive prices.”. 17