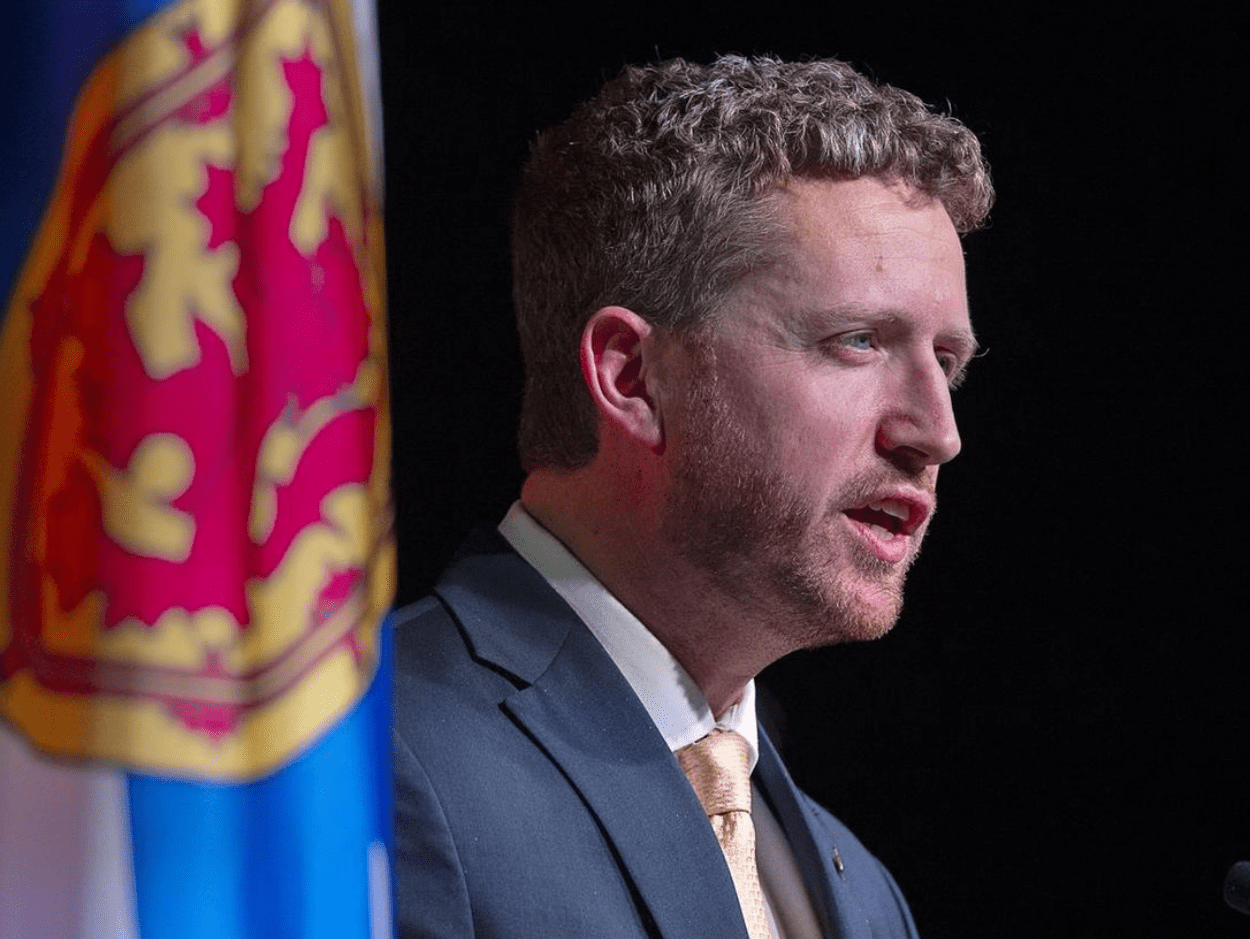 The incoming Premier brings a new tone to the Liberal policy agenda as he prepares the party for a shift in the electoral landscape. Nova Scotia Liberals voted for change earlier this month when the party membership elected Iain Rankin during a second ballot vote to become Leader of the Nova Scotia Liberal Party and […]

The incoming Premier brings a new tone to the Liberal policy agenda as he prepares the party for a shift in the electoral landscape.

The 37-year-old Premier-designate will be the second youngest Premier to serve in the province’s history. Mr. Rankin was first elected MLA for Timberlea-Prospect in 2013 and maintained his mandate upon re-election in 2017 while Liberal support slightly weakened province-wide. Mr. Rankin served as Minister of Environment and as Minister of Lands and Forestry prior to securing his nomination for leader. He is the son of former long-time Halifax City Councillor Reg Rankin and extended family to the musical group “The Rankin Family”.

Mr. Rankin’s leadership platform brings a new tone to the provincial Liberal Party, and focuses primarily on issues of environmentalism and social justice. This contrasts the traditional priorities of Premier McNeil and the “establishment” candidate Randy Delorey, who was eliminated during the first ballot and finished third in support. Mr. Rankin’s commitments include: making Nova Scotia the first carbon neutral province in Canada, to speed up moving the province off coal by 2030 (10 years earlier than forecast), additional investments in long-term care, tackling systemic racism, and – as his most pressing priority – to continue to curb COVID-19 in the province.

Mr. Rankin’s leadership platform gives a good indication of what his mandate will be as Premier, once he is sworn in by the Lieutenant Governor expected later this month. He will likely select a Cabinet which reflects the Liberal Party’s new ideals and pre-position the party’s prominent and strategic candidates ahead of an election call. The leadership race’s runners up Labi Kousoulis and Mr. Delorey are expected to retain Cabinet positions. In the meantime, Mr. Rankin has announced that former cabinet minister Diana Whalen will lead preparations with the public service for a transition in leadership.

Mr. Rankin has the task of translating his leadership platform priorities into an election-ready mandate which strikes an optimal position for the Liberals relative to the province’s Progressive Conservatives and New Democratic Party. While Mr. Rankin is a resident of the Timberlea community located on rural/suburban boundary of the Halifax region, his leadership platform primarily reflects a young urban policy agenda which may compete with NDP support in centre Halifax. His platform must also resonate also among rural ridings which the Liberals may wish to hold from the PCs in order to maintain majority. Iain has been deeply criticized by some environmental groups for his policies on clear cutting while serving as Minister of Lands and Forestry. However, rural parts of Nova Scotia, where forestry is key employer, view forestry management practices different than their urban dwelling neighbours. Additionally, if the government is to transition Cape Breton away from coal (such as closing coal fired electricity plants), this will have economic impacts on an already stressed economy.

It remains to be seen when Mr. Rankin may trigger an election, which must be called before spring 2022. The co-Chair of Mr. Rankin’s leadership campaign is Dale Palmeter who has years of experience campaigning for former Liberal MP and Cabinet Minister Scott Brison. It will likely be on Mr. Palmeter’s advice if Mr. Rankin will take to the polls soon after his government’s plans are outlined in the Speech from the Throne or the provincial budget. This approach would call upon Nova Scotians’ to support the Liberals’ proposed governing mandate rather than track record. Conversely, Mr. Rankin could choose to trigger an election later, once the electorate has an opportunity to familiarize themselves with the new Premier and several new faces within Cabinet.

The upcoming election is set to provide a renewed riding landscape. The Elections Act (amended) created four new ridings in order to improve the representation of Black and Acadian voters. This brings the total number of seats in the legislature from 51 to 55 seats. The Liberals must grow the party’s current eight seat lead (26 seats) over the Progressive Conservatives (18 seats) by two more seats in order to maintain a majority. While the Act still awaits Proclamation, it was successfully shepherded through the legislature by the Liberal government last year. The amendments implement recommendations made by an independent electoral boundaries commission.

Prior to the leadership convention, a December 2020 poll tracked Liberal support as stable at 49%, the PCs at 25% and the New Democratic Party stands at 21%. The proportion of undecided voters remains stable at 32%.[1]

It remains to be seen whether the electorate shares Liberal party members’ appetite for change.