The Horgan government: COVID-19 and beyond 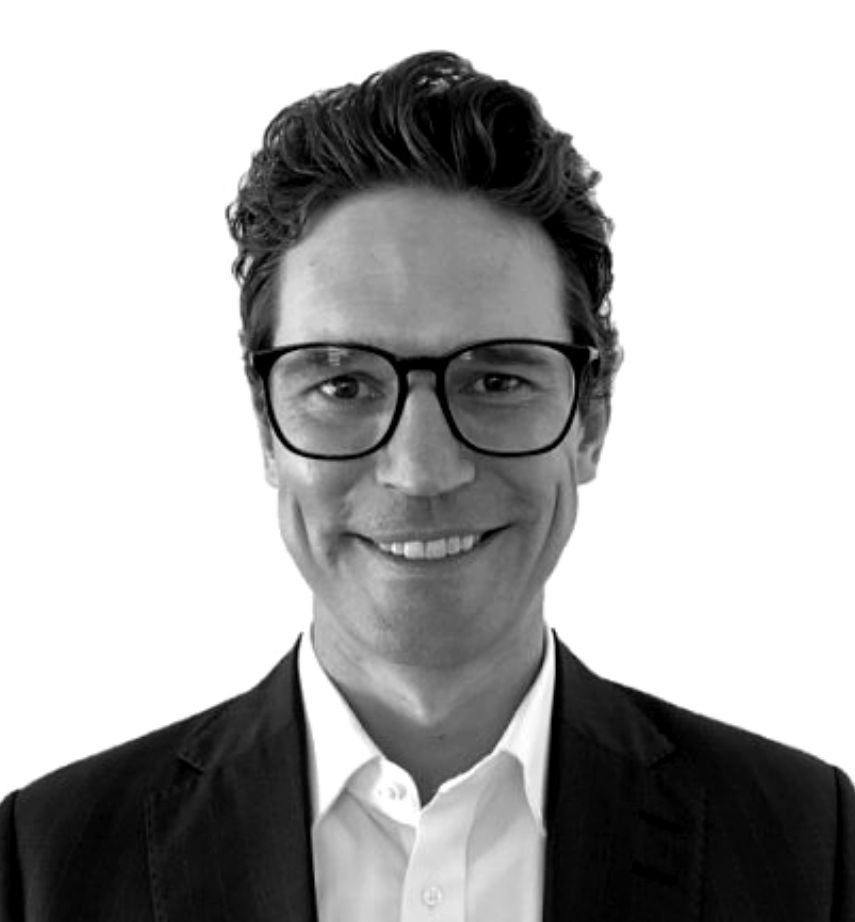 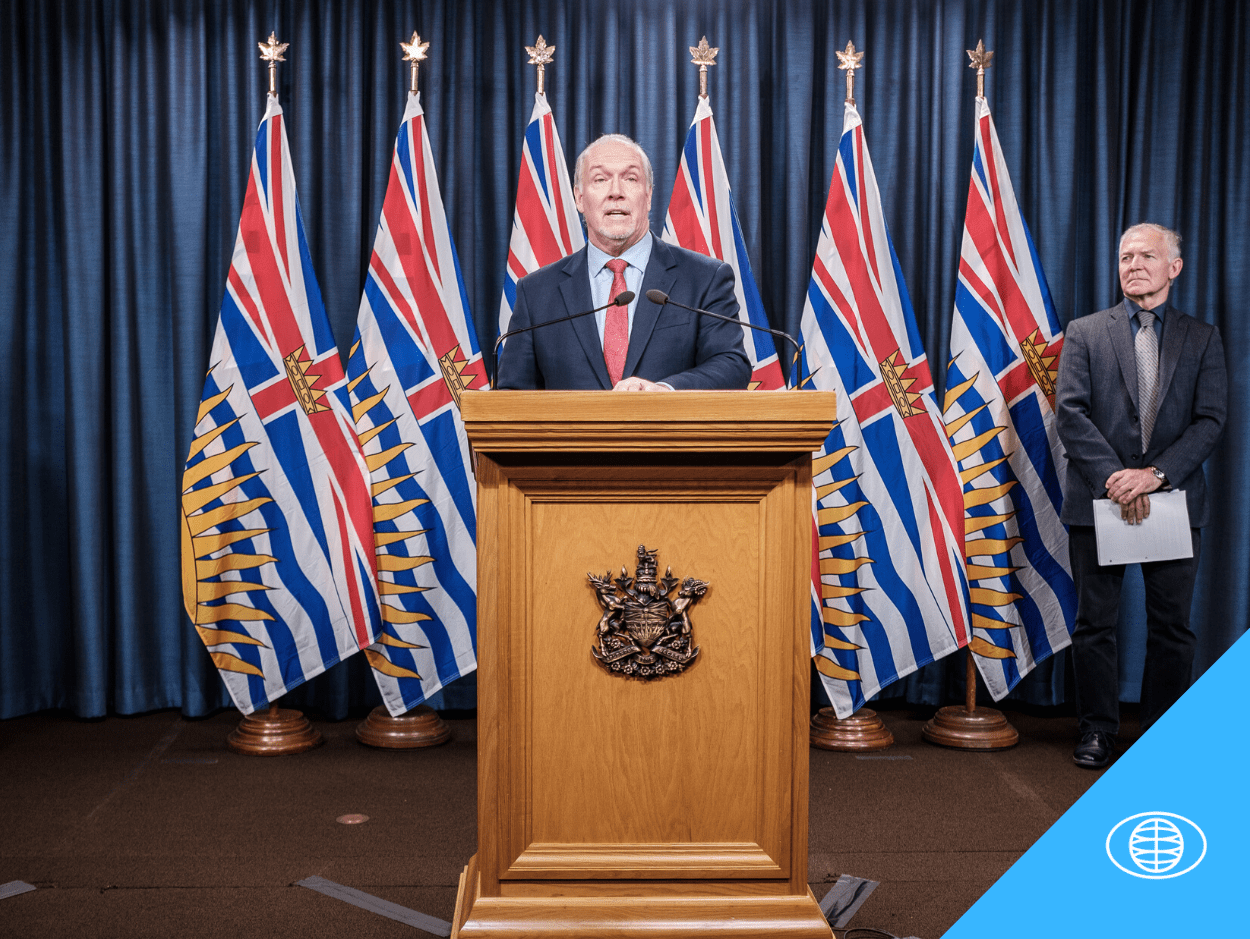 This Saturday, May 9, marks three years since British Columbians went to the polls and elected their first minority government since 1952. The BC NDP emerged as the government by striking a supply and confidence agreement with the BC Greens in the weeks that followed. At the time, few believed Premier John Horgan’s mandate would [...]

This Saturday, May 9, marks three years since British Columbians went to the polls and elected their first minority government since 1952. The BC NDP emerged as the government by striking a supply and confidence agreement with the BC Greens in the weeks that followed. At the time, few believed Premier John Horgan’s mandate would last this long. And by the time his trusted deputy, Carole James, delivered her third consecutive balanced budget in February 2020, it appeared his extended honeymoon with British Columbians might finally be ending.

Beyond the normal wear and tear of governing Canada’s third most populous province with a well-earned reputation as a political wild west, some of Horgan’s deeply held political priorities were quickly becoming liabilities. A long-simmering dispute over Indigenous rights and title in northwestern B.C. had boiled over, bringing parts of the Canadian economy to a halt and putting at risk his government’s LNG export plans along with his hard-fought credibility on Indigenous reconciliation. For the first time since the election, Horgan’s personal popularity was starting to dip below 50 per cent in public opinion polls, just as speculation of an early election call was heating up and the party machines were preparing their troops for battle.

But as is often said, a week is a long time in politics. The economic disruption and Wet’suwet’en solidarity blockades of February were quickly dwarfed by the coronavirus crisis of March. British Columbians, like people everywhere, began looking to their governments to lead them through truly scary and uncertain times. So, what does Horgan’s first three years as premier and early handling of the pandemic tell us about B.C. politics going forward? To begin answering this, it’s important to understand his leadership style and how his government’s political priorities are now being reframed to meet an unprecedented and unforeseen challenge.

Leading with his team out front

John Horgan’s trust in his front bench has been a defining characteristic of his government from day one. He has given his cabinet ministers clear mandates but hasn’t micromanaged their approach to achieving them. This decentralized style of government has at times led to questions both internally and externally of “who’s in charge?” But it has also provided his front bench with the space they need to deliver on their mandates, and to manage the many issues that have inevitably emerged to threaten the government’s election promises and narrative.

It helps that Horgan has trusted political veterans to lean on, but it’s still no small feat for any politician to take a backseat to the former leaders of his party in driving his government’s message. In direct contrast to the frequent press briefings of Ontario Premier Doug Ford and Alberta Premier Jason Kenney, Horgan has stuck mainly to weekly availabilities, favouring his Ministers of Health, Finance and Public Safety as the government’s lead messengers.

In the case of his Health Minister Adrian Dix, Horgan’s deference isn’t purely out of loyalty and a decades-old friendship, but also out of recognition that Dix is perfectly suited to lead in this moment. Prior to the crisis, this workaholic policy wonk was quietly working with his ministry bureaucrats to model the sustainability of the healthcare system through 2040 amid rising demographic and cost pressures. When the outbreak hit, he was able to switch seamlessly into modeling pandemic pressures to ensure B.C.’s health system could handle the coming wave of infection, so long as everything went according to plan on the containment strategy. And on the containment front, both Horgan and Dix are blessed with having Provincial Health Officer Dr. Bonnie Henry in charge, who has emerged as one of the most effective public health communicators Canada has ever seen. Quite simply, when Dr. Henry speaks, British Columbians listen. By taking her advice and by not getting in front of her message, Horgan, Dix and their cabinet colleagues are now dealing with a flatter infection curve and lower death rate than almost any comparably sized or larger jurisdiction in North America.

It’s a similar story with Finance Minister and Deputy Premier Carole James – perhaps Horgan’s closest confidant and bravest weapon of all. James bears the scars of the brutal infighting that followed the B.C. NDP’s 2009 election defeat, which eventually led to her resignation as leader. But as Dix did following his electoral defeat in 2013, James stayed on as MLA to eventually serve as a key player on Horgan’s front bench. And her leadership as finance minister has been fundamentally important to the minority government’s staying power. Her recent disclosure that she is living with Parkinson’s disease and will not be running for re-election will continue to have deep and lasting effects on Horgan, both personally and politically.

As the Premier prepares to outline and implement his plan to gradually restart the provincial economy, he faces the ever-tricky balancing act within his own party between the forces of labour vs the environment. Not to mention the added weight of relations with the Greens, on whose support he continues to rely. Add to that, the immense scale of the COVID-19 economic recovery challenge, and the year ahead is hard to predict.

What’s increasingly clear is that the reality of the pandemic response has likely pushed the earliest possible election window from this fall to spring 2021. Horgan’s apparent decline in popularity earlier this year has been reversed, at least for the time being, through his handling of the crisis so far. But history shows that the popularity bumps enjoyed by leaders in times of crisis are often short lived. People put their trust in their leaders in times of immediate uncertainty, but it’s much harder to sustain crisis levels of support once the recovery begins. This will be just one of many considerations for Horgan’s team in deciding whether to test the electorate early or to go the distance until the next general election scheduled for October 2021.

Whenever the next election comes, the NDP’s ability to draw contrast between Horgan and opposition leader, Andrew Wilkinson will be fundamental to their re-election hopes. A leader focused NDP campaign is all but certain. Wilkinson’s early missteps as leader of the BC Liberals have helped the NDP paint him as out of touch with everyday British Columbians, and he’s seen as the perfect foil for Horgan who has cultivated an image as a down to earth guy you’d like to have a beer with.

Also key to the election timing discussion will be how quickly Horgan and his team can manage to refashion their political and policy agenda into an economic recovery plan that reflects the new realities of the post pandemic world. On the face of it, his core values and priorities seem to lend themselves well to a coherent recovery message, however his government has at times struggled to articulate its “fair economy” vision in a way that resonates with the public. It remains to be seen whether he can take advantage of new concerns over supply chain security in order to gain traction on his long-held passion for a made-in-B.C. value-added industrial strategy to reinvent B.C.’s struggling traditional resource economy. Manufactured timber products, aggressive electrification of the oil and gas sector to meet B.C.’s legislated greenhouse reduction targets, further low-carbon LNG development, and an overall industrial strategy to monetize B.C.’s climate leadership in international markets would fit well into this narrative.

With construction proceeding on both the Coastal GasLink and Trans Mountain Expansion projects, national pipeline politics will again be front and centre as the election looms. So far, Horgan has more quietly managed tensions with Alberta Premier Jason Kenney in a way he wasn’t able to do with Kenney’s predecessor Rachel Notley, but there is no guarantee that will continue to be the case. His close relationship with Governor Jay Inslee of Washington State will be another cross-border relationship to watch, as both jurisdictions, along with the broader Cascadia region, look at ways to cooperate on the economic recovery. Food and drug supply chain issues have emerged alongside ongoing conversations on the booming regional tech sector.

Another potential area of post-pandemic focus could be childcare. Having made an ambitious $10-a-day election commitment in 2017, the emergence of affordable childcare as an COVID-19 economic imperative could create more spending room to reframe the conversation and make real progress.

And as always, infrastructure priorities will also be prominent. British Columbia has a long history of so-called blacktop politics designed to help win over voters with road spending promises. A twist on this tradition that was critical to Horgan forming government in 2017 was his pledge to eliminate bridge tolls on key Lower Mainland commuter routes. Expect his team to look for traditional transportation infrastructure stimulus spending opportunities in response to the economic downturn as they prepare for the next campaign. Pressure is likely to mount for B.C. and the federal government to jointly invest in transportation infrastructure, and Horgan’s strong relationship with the Prime Minister could serve him well here. The Massey Tunnel replacement and expansion of transit and SkyTrain services in key areas of Metro Vancouver such as to UBC, Delta and the North Shore, are all investments that could help the government in the swing ridings of Surrey, Maple Ridge, Pitt Meadows and North Vancouver. Transit spending also has the advantage of being easily positioned as putting carbon tax increases to work for people, which could serve as a helpful contrast to the BC Liberals’ likely commitment to make the carbon tax revenue neutral once again, through broad or niche tax relief.

For their part, the BC Liberals will work hard to find ways to highlight any apparent failings of the economic recovery and take advantage of the public’s growing impatience for a return to normal life. B.C.’s economy was leading the country going into the pandemic, and anything less than leading the way of out it will provide Wilkinson and his team with the ammunition they need to return to their long-standing narrative that the NDP cannot handle the province’s economy. The Greens remain a wildcard with the potential to siphon votes from both of the main parties, but much will depend on who they eventually select as leader.

Freed from the handcuffs of a balanced budget, how far will Horgan’s government be willing to go in terms of potentially transformational spending on social and economic priorities in order to secure re-election? Aside from some familiar battle lines being redrawn, the only thing that’s certain in B.C. politics is that there will be plenty of surprises.