Deficit for the Wynne? An Ontario Budget Overview 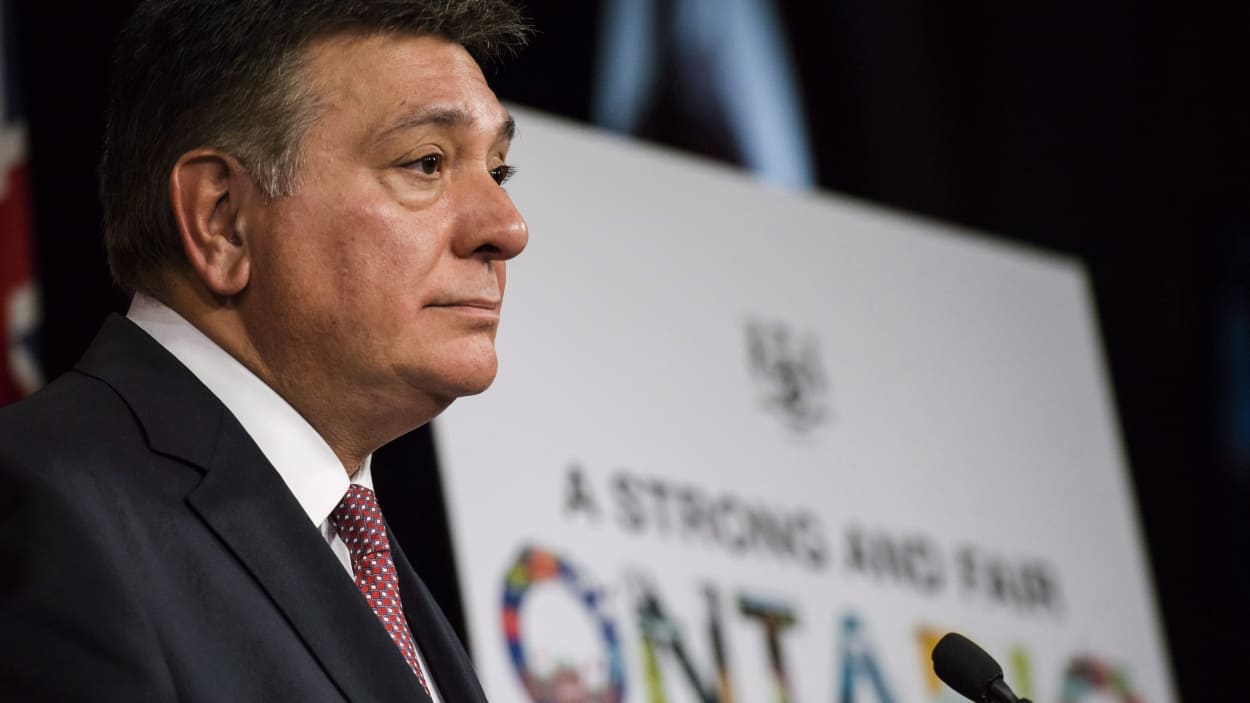 “We slayed the deficit, but make no mistake, balancing the budget is not an end in itself. It is a means to an end.”

As was hinted at in recent provincial funding announcements, investments detailed within the Budget are heavily weighted towards social initiatives such as child care, dental care, and prescription drug coverage. Though Minister Sousa projects a balanced budget for the 2017-2018 fiscal year, not to mention a surplus of over $600 million, the Budget contains record levels of investment in the province’s health care system.

With an election looming on June 7 th, A Plan for Care and Opportunity provides the Wynne government the opportunity to give their approval rating a much-needed bump and showcase a stark contrast to PC Party Leader Doug Ford’s austerity rhetoric. With Ford scheduled to officially launch his candidacy in the riding of Etobicoke North tonight, expect much of the conversation to be grounded in opposition to the main tenants of the 2018 Budget.

Overall, the Budget details previously-announced care-centric programs such as the expansion of OHIP+ to individuals aged 65 and over, the introduction of free child care for children aged two-and- a-half until they are eligible to enter kindergarten, and the new Ontario Drug and Dental Program, which will reimburse up to 80% of drug and dental expenses for Ontarians otherwise uncovered.

Positioning the historic levels of healthcare spending as strategic investments in the futures of Ontarians, the Budget also includes a growth in infrastructure spending to ensure the construction of new hospitals, schools, roads, and transit systems that now totals $230 billion over 14 years.

The biggest splash in the Budget comes in the provincial healthcare sector – and this comes as no surprise. Over the past two weeks, the Liberals have made a number of health-focused pre-budget announcements, all of which have resulted in a historic investment in the provincial healthcare system. At 38.7% of all provincial spending, health comes in as the largest expenditure in the 2018 Budget. Looking to the future, the Ministry’s budget will grow by $3 billion in the next year, and is projected to grow by 4.3% overall to $66.6 billion by 2021.

Cannabis
Continuing the provincial government’s pursuance of a safe and sensible approach to the legalization of recreational cannabis, the 2018 Budget emphasizes the support of public safety, road safety, education, and law enforcement initiatives in lieu of cannabis-related profits. With figures prefaced as being based upon reasonable assumptions about the pace of growth of recreational cannabis sales, the Ontario Cannabis Retail Corporation is projecting an $8 million loss in 2017-2018 due to upfront costs of setting up retail operations the province over. Only in 2019-2020 is Ontario expected to begin receiving any cannabis-related revenue, with the current projection for that year estimated at $35 million.

In terms of specific initiatives stemming from the legalization of recreational cannabis, the 2018 Budget outlined the following undertakings:

This year’s budget is similar to Budget 2017 in sheer magnitude of planned investments, and areas of priority for the province. Hospitals received significant attention, unsurprising given contentious debates during Question Period that often centered on overcrowding and the general state of disrepair of Ontario’s hospitals. The total 10-year infrastructure investments earmarked by the province total $182 billion. However, the budget primarily restates recent announcements, including:

The Budget makes no further or new financial commitments to the Ring of Fire, the Greater Golden Horseshoe Transportation Plan 2051, nor the Northern Ontario Transportation Strategy.

The 2018 budget introduces the Good Jobs and Growth Plan with $935 million in new investments over the next three years including development of local talent, accelerating trade, and investing in infrastructure.
Concentrating on investment in talent and skills for the workforce, the budget includes the following:

As of late, Premier Wynne has remained focused on developing and maintaining relationships with US states, meeting with 37 governors over the past year. The Budget states, “the government will continue to work with its partners and vigorously defend the interests of Ontario’s industries and workers throughout the NAFTA negotiations.”

The province commits it will maintain support for the food and beverage sectors through the Food and Beverage Growth Fund, providing $120 million of investment over the next three years. The Ministry of Finance and the Ministry of Agriculture, Food and Rural Affairs has also committed to developing a new multi-year strategy for industry growth that is consistent with Ontario’s internal and international trade obligations for the wine, cider, spirits and beer producers.
Investments in innovation and transformative technologies includes $45 million over three years to support the growth of the artificial intelligence sector. Ontario is moving forward on its commitment to invest up to $10 million to create a Centre of Excellence in Health Care Artificial Intelligence, starting with $1.3 million in 2018–19. The government is partnering with St. Joseph’s Health System Hamilton, Niagara Health System, McMaster Faculty of Health Sciences and the Vector Institute on this initiative.

The Ring of Fire is in the Budget but only as a reannouncement. The 2018 Budget outlined the commitment of $1 billion to the region to develop a year-round access road to the proposed development site with no additional details on timing.

On forestry, the Budget highlights the existing Forestry Growth Fund which supports employment in the north. With the current state of U.S. trade policy and disputes on softwood lumber, the government will continue to invest $30 million over the next three years to provide stability to the forestry sector and its workers.

Nuclear and the refurbishment project was not mentioned in Budget 2018 which may come of a surprise as it was the main theme throughout the Long-Term Energy Plan and that was released in fall 2017. The refurbishment of OPG’s Darlington Nuclear Generating Station is Canada’s largest clean energy project at $12.8 billion over 10 years supporting, 14,000 jobs across the province.

Budget 2018 is investing in the Great Lakes. The government is investing an additional $52 million over 3 years for new technologies to address algae, toxic chemicals, plastics, and enhancing monitoring capabilities with a focus on Lake Erie

Cap and trade remains a key pillar and revenue source for Liberal government. In 2017, the Ministry of Environment and Climate Change hosted five cap and trade auctions generating $2.4 billion in revenue to be deposited in to green initiatives outlined in the Climate Change Action Plan. In early 2018, Ontario linked the cap and trade program with Quebec and California and held the first joint auction generating close to $471 million. The program continues with the second joint auction held on May 15 th for registered participants.

On electric vehicles and transitioning to a low-carbon economy, the Budget highlights a number of ongoing initiatives including incentives for purchasing electric vehicles and increasing electric vehicle charging infrastructure. Totaling over $160 million, these initiatives are funded through Ontario’s cap and trade program and the Climate Change Action Plan.
Another Climate Change Action Plan initiative, the $150 million Municipal Greenhouse Gas (GHG) Fund will announce successful projects in 2018. Projects selected will support municipalities in their effort to reduce emissions, improve building and energy efficiency.

Cultural Industries
Ministry Expense (Tourism, Culture and Sport): $1.5 billion in 2018-2019
Arts and culture was included in the budget mainly through investments in Culture and Recreation Infrastructure projects. Of these projects, 8 projects were highlighted, including:

Other items to note:

From the Opposition Benches
In response to the 2018 Ontario Budget, opposition leaders were eager to express their discontent, and both suggested that the Budget was a clear attempt to win critical votes the upcoming election. Both Horwath and Ford both added the only positive outcome from the budget is that it will be “Kathleen Wynne’s last.”

Progressive Conservative Leader Doug Ford
“People know that if it sounds too good to be true, it probably is.”

PC Party leader Doug Ford has called the 2018 Budget a Liberal spending spree, asserting that the OLP is merely trying to buy votes through “big promises.” Ford added that “you can’t take care of the most vulnerable people in society when you have billions of dollars in debt” and announced that getting Ontario’s finances in order would be the most proactive step in order to take care of Ontario families. Ford also promised to “close the loop” on transit in Toronto, pledging that his government would ensure that the GTA has a regional transportation system that runs from “one end of the GTA, through Toronto, to the other end.”
NDP Leader Andrea Horwath
“The Liberals have had 15 years and instead of helping, they’ve only made things worse.”

NDP Leader Andrea Horwath issued a statement on the Budget – calling it “meager” and unable to “undo the damage done by the Liberals”.

What Comes Next
Following today’s Budget Speech, the Budget will need to be debated and passed in the House. Once passed, the parties are expected to kick their respective election machines into high gear; they continue to nominate candidates, and fine tune their policy platforms.

The writ must be dropped no later than the 9 th of May for the June 7 th General Election, meaning that only four sitting weeks remain in the legislative session.

Global will be providing extensive coverage of the provincial election through our new Beyond the Ballot updates – stay tuned!