Ontario Reacts to U.S. Decision on Steel and Aluminium Tariffs

Following President Trump’s decision today to impose tariffs on all steel and aluminium imported from Canada to the United States, each leader responded with their intention to react to this decision should they be elected as Premier of Ontario on June 7.

With 7 days left in the campaign Premier Wynne has spent much of the last week in the GTA, and yesterday was in Hamilton and the 905 area. Wynne, who has covered more ground than her rivals in her re-election bid, will next head back to the Ottawa region, with upcoming stops in St. Albert and the Bay of Quinte near Kingston.

PC Leader Doug Ford is in southwestern Ontario, after making campaign stops in Sarnia-Lambton, London and Windsor before heading back to the GTA for events in Oakville and Vaughan to wind down the week. With only one week until Ontarians go to the polls, the PC Leader will look to convince voters with one more stop in Ottawa before several events around the 905 and an election eve rally in Caledonia. Following his endorsement with former Prime Minister Stephen Harper of Doug Ford, Scheer will renege on his earlier promise to stump with the PC leader in person sighting scheduling conflicts.

NDP Leader Andrea Horwath has charted a similar route to that of the PC Leader with stops in Windsor, Essex, Kitchener-Waterloo, Chatham-Kent and Sarnia-Lambton before heading back towards the GTA. Horwath has been able to draw crowds in what have been typically safe PC seats, especially in the PC held riding of Sarnia-Lambton, where incumbent Bob Bailey saw an upswing of NDP votes narrow his margin of victory to just over 2,000 votes in 2014. 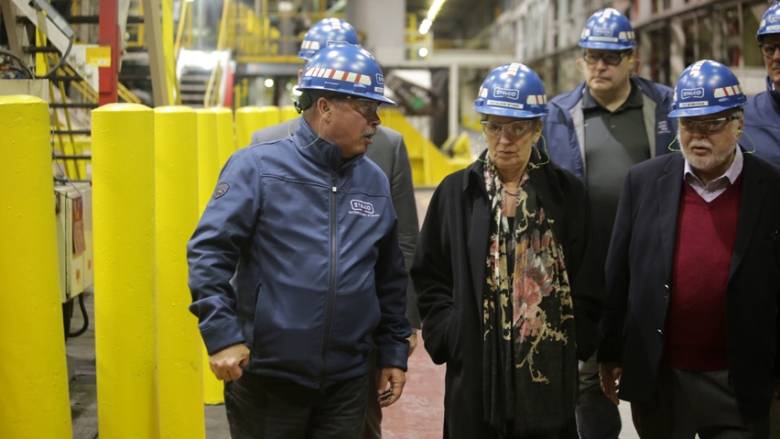 Ontario reacts to U.S. decision on steel and aluminium tariffs

Kathleen Wynne issued a statement on Twitter calling on Horwath and Ford to work with her to “show a united front in calling on Ottawa to prepare the toughest set of retaliatory measures possible & immediately put together a package to protect, support & sustain steel-making jobs in our province.” She also referred to President Trump as a “bully”.
Ford ignored Kathleen Wynne’s request to stand together and issued a separate statement on Twitter. He promised that if elected as Premier, he “will work with the federal government to resolve these trade issues and make Ontario open for business again”.

Given the impact to Andrea Horwath’s hometown of Hamilton, this issue hits home for the NDP. In her statement, Horwath spoke to the consequences this decision will have on communities like Sault Ste. Marie, Hamilton, Sudbury and others benefitting from the Ontario steel and aluminum industry. She also took a dig at Wynne and Prime Minister Justin Trudeau quoting “whatever Kathleen Wynne and Justin Trudeau have been doing isn’t working – and the consequences are unthinkable”. If elected as Premier, one of her first priorities will be to meet with Canadian and American officials to secure an exemption from these tariffs. 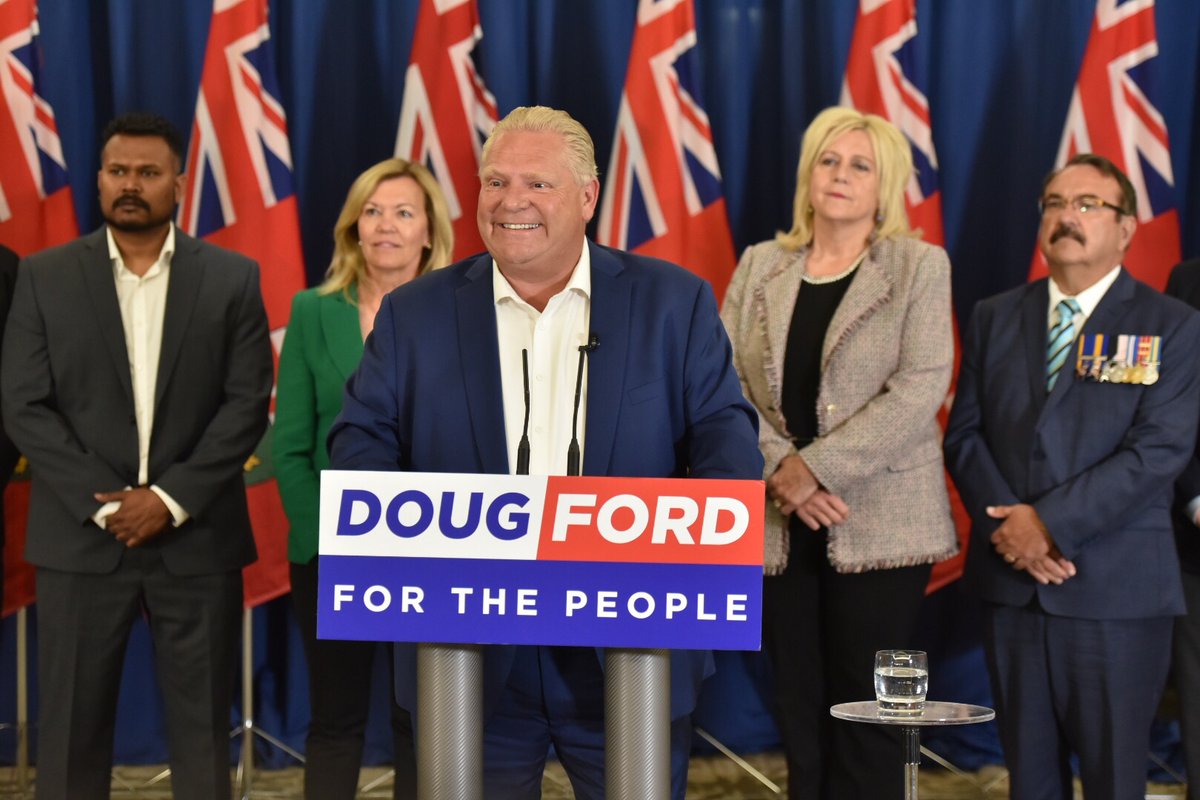 After weeks of promising to release a fully costed platform document, the Ontario PCs have released their Plan for the People, an online list of the promises that the PCs have made leading up to and during the campaign. These include the pledge to cut taxes for the middle class, reduce gasoline prices by 10 cents per litre, allow sales of beer and wine in corner stores, and cut hydro rates by 12%. Each promise is listed, along with an estimated cost for each commitment.

Called “responsible, honest and practical” by Ford, the document makes no mention of the 4% efficiencies (or an estimated $6 billion annually) that Ford has said he will find in existing government spending. The plan does not include a budget forecast or indicate a path to balance.

Met with heavy media criticism due to the platform’s lack of detail on Wednesday, Ford called it “very clear”, noting that each promise had a dollar amount indicated; Ford also noted that his party was “the only party that’s fiscally responsible” and that his government would achieve a return to balanced budgets. Ford spokeswoman Melissa Lantsman continued, noting that the PCs “do not know the state of Ontario’s finances – and anyone who tells you they do is lying to you” when asked about the “efficiencies” Ford and his team plan to find.

Both the Liberals and NDP have slammed Ford’s PCs, with Kathleen Wynne accusing Ford of keeping voters in the dark, while Andrea Horwath compared the lack of platform to asking someone to sign a contract to buy something without knowing the cost. The PCs will not release a costed platform ahead of the June 7 election.

Ford promises to bring back slots to the race tracks

At a campaign stop in Port Colborne on Tuesday, PC Leader Doug Ford was firm in his pledge to bring back the Slots at the Racetrack Program (SARP). Citing himself as a big fan of the horse racing industry, Ford reiterated the PC talking point that removing the slots was a mistake. For context, Ford was in Port Colborne to discuss his party’s promise to “put more money in people’s pockets,” and as such, his commitment to reinstate slot machines and their associative revenue-sharing model falls in line with PC messaging as of late. While the SARP was originally cancelled by Dalton McGuinty’s government, the program may be difficult to reinstate given that the Ontario Lottery and Gaming Corporation (OLG) no longer runs the slot operations at racetracks in the province. Canadian Thoroughbred Horse Society Ontario president Peter Berringer noted his willingness to work with any party that is elected on June 7, and NDP Leader Andrea Horwath has also promised to work with rural communities and stakeholders to undo the damage caused by the program’s cancellation should her party form government. 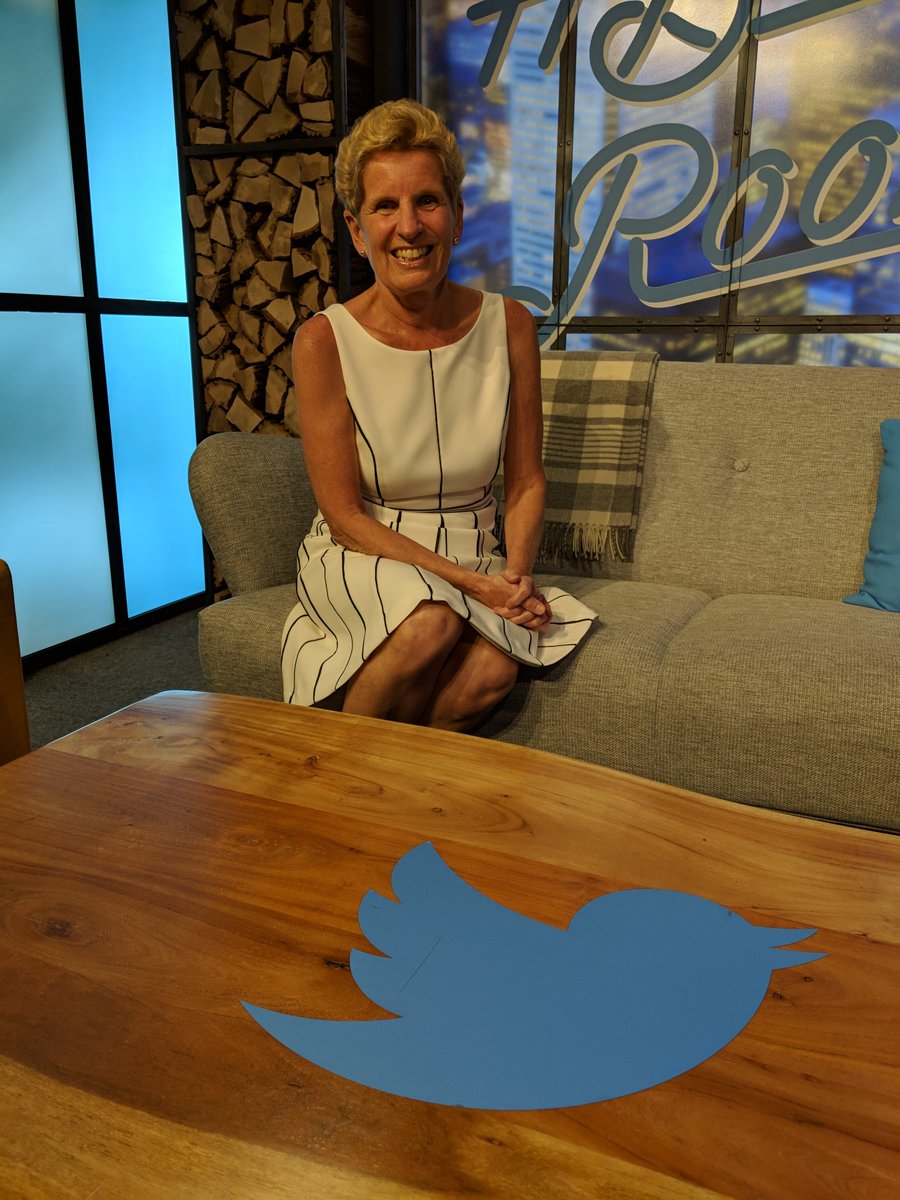 Premier Kathleen Wynne has made herself increasingly accessible to voters in recent days. Perhaps in response to her constant polling in third position, the Premier has answered voter questions at the Toronto Star editorial board, live on Twitter, and will next give voters a chance to ask her more questions through a Q&A with Yahoo News Canada.

Coming on the heels of the “sorry, not sorry” add campaign, the Premier is looking to reconnect with voters and prove that she is the seasoned leader to take Ontario through the turbulent times ahead.  In addition to increased accessibility, Wynne has hit at the both the PC and NDP Leaders, claiming that they are too ideological, and lack the experience necessary to deal with the looming trade threat imposed by Trump’s America first policies. 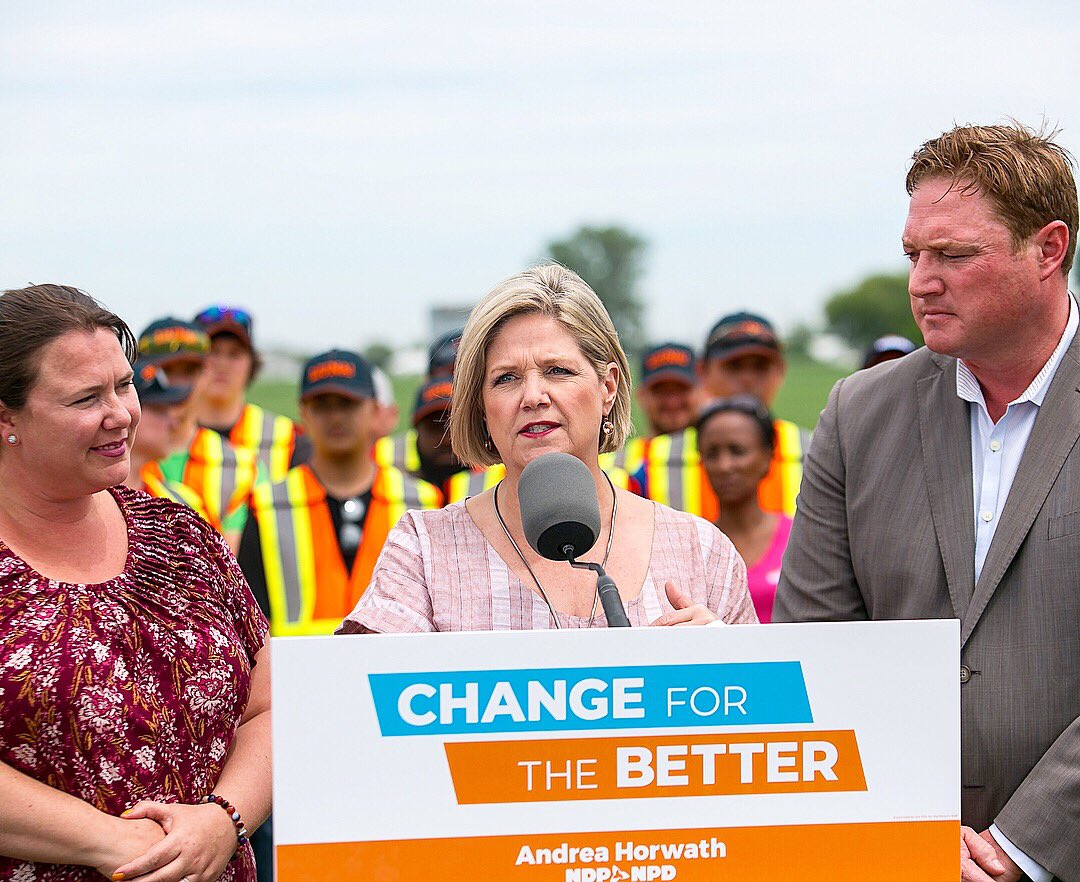 Horwath will buy back Hydro One

Hydro One, a popular topic amongst all party’s this campaign, is back in the spotlight this week but this time with the focus on the NDP. Some are questioning leader Andrea Horwath’s plans to “buy back Hydro One”. If elected, an NDP government would buy back publicly traded shares of Hydro One not held by the government for between $3.3 billion and $4.4 billion using the annual dividend of less than $300 million. At a campaign stop on Tuesday, Horwath defended her plan and said she would immediately seek expert advice on the best way forward to buy back the utility. But how? She referenced companies like Heinz and Dell who bought back all of the shares previously sold to private shareholders.

Against privatization, Horwath blames the PC and Liberal governments for the situation voters are in today and promises to bring relief to Ontarians hydro bills. The NDP hydro plan can be found here.

Historically, governing parties lose elections; oppositions rarely win them. But opposition parties’ primary job is to offer credible alternatives when voters decide that it is time for a change.

In a Parliamentary system of government, candidate selection plays an important role in confirming such credibility. The public understands that complex government management requires a team of capable people as well as representatives who understand local conditions. Supported by successful fundraising to pay for advertising and a solid local organization, the right candidate matters. By these measures, the PC campaign, originally put in place under Patrick Brown’s stewardship, did a first-rate job in readying itself for the upcoming campaign. With successive polls suggesting a mandate for change, neither the Liberals nor the NDP have shown the capability in attracting as many promising candidates as have the PCs.

While each party can point to recruiting some notable local talent, the Liberals have been forced to make much of their remaining cabinet Ministers such as Charles Sousa particularly in the GTA and a former Toronto City council budget chief, Shelley Carroll. NDP recruitment was slow off the mark, however saw Marit Stiles, former party president and Gurratan Singh, brother of Federal NDP Leader Jagmeet Singh.

The PCs have the best case to make about recruitment of candidates with a provincial profile. Former leadership hopefuls Caroline Mulroney and Christine Elliott appeal to different elements of the province’s Progressive Conservatives. Denzil Minnan Wong, former Deputy Mayor of Toronto and Rod Phillips, business leader and former chair of PostMedia, present a business centric appeal. Lac Seul Chief Clifford Bull and former federal Natural Resources Minister Greg Rickford offer the PCs hopes in the North West where the NDP has traditionally held its own.

The demographics have also influenced the shape of the June 2018 campaign. 15 new ridings have been added because of population growth (primarily in suburban areas West and North of the City of Toronto, many with large ethnic communities) and another 2 ridings have been created in Northern Ontario because of the challenges of geographic representation (featuring indigenous and francophone concentrations). Several constituency boundaries have been redrawn, forcing sitting members to choose where to run. While incumbency normally presents a statistical electoral head start for sitting members, there has been a large turnover among the provincial Liberals this time, with some 20% (including former Ministers) of its caucus retiring. 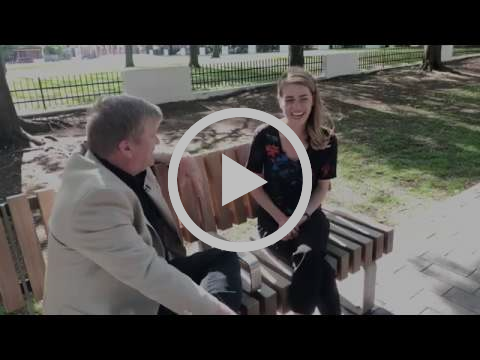 Beyond the Ballot: Marieke Walsh @MariekeWalsh