Premier Wynne continued to roll out her party’s campaign pledges across the GTA. The Premier also made a trip to the Green Belt to respond to a video of Ford telling voters he would open it up for development, insisting she will expand the protected lands.

Doug Ford continued his tour of Northern Ontario this week, as the new PC Leader has demonstrated his commitment to meet voters from across the province, not only those within the GTA. More on the tour below. The Ford campaign has also been working on a media site tracking Ford as he moves across the province. Ford Nation Live can be found here.

Meanwhile, Andrea Horwath spent time in her home riding of Hamilton Centre to officially launch her campaign following the recent unveiling of her party’s platform. 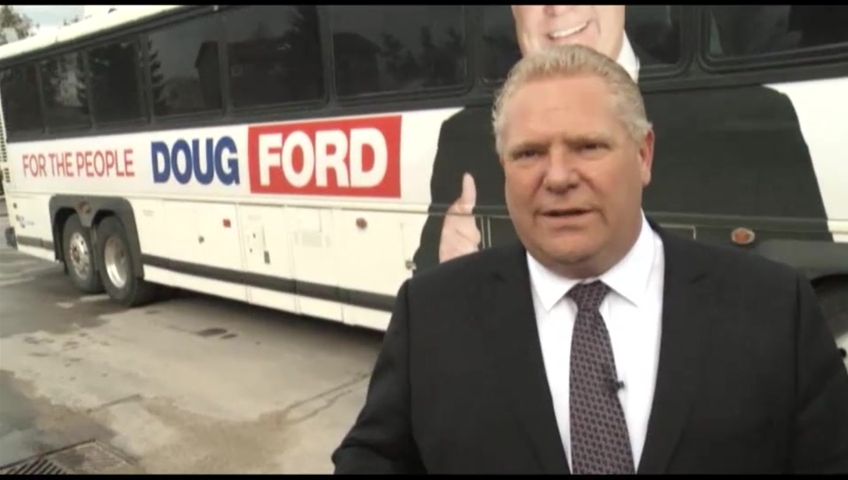 Buoyed by recent polls showing that the PCs remain firmly in the lead and poised to form government, Doug Ford continued to tour the province and make several key policy announcements as part of his newly-christened platform, the Plan for the People. While a formalized platform has yet to be released, several of the planks are similar to the People’s Guarantee platform crafted under former leader Patrick Brown.

On the health front, Ford promised to spend $1.9 billion on mental health, addictions and housing supports. The commitment, which would stretch over a decade, would be matched by the federal government, resulting in a $3.8 billion injection into Ontario’s mental health system. This comes at a critical time in Ontario, as governments are struggling with the opioid crisis and the ever-growing need for mental health supports. While the funding falls short of the recent Liberal pledge of $2.1 billion over four years, Ford and PC Health Critic Jeff Yurek were quick to point out that the Liberals have had fifteen years to provide adequate funding.

After his pledge to fire Hydro One CEO Mayo Schmidt and his board over their severance packages, Ford announced that a PC government would cut an additional 12% from electricity bills, saving the average Ontario family an estimated $173 per year. To do so, a PC government would return the government’s annual dividend from Hydro One – estimated at $350 million – to ratepayers. Ford also pledged to ‘stop burying costs’ on hydro bills – such as those associated with conservation programs and promised to place an immediate moratorium on new energy contracts.

Ford also embarked on his second Northern tour in less than a month. On Tuesday, he announced the introduction of resource revenue sharing  which would ensure that Northern Ontarians receive a fair share from resource development projects in the region. Ford’s plan includes formally allocating a portion of provincial revenues from aggregate industry licenses, stumpage fees and mining taxes to Northern and Indigenous communities.

Ford made several other commitments to the North, including: 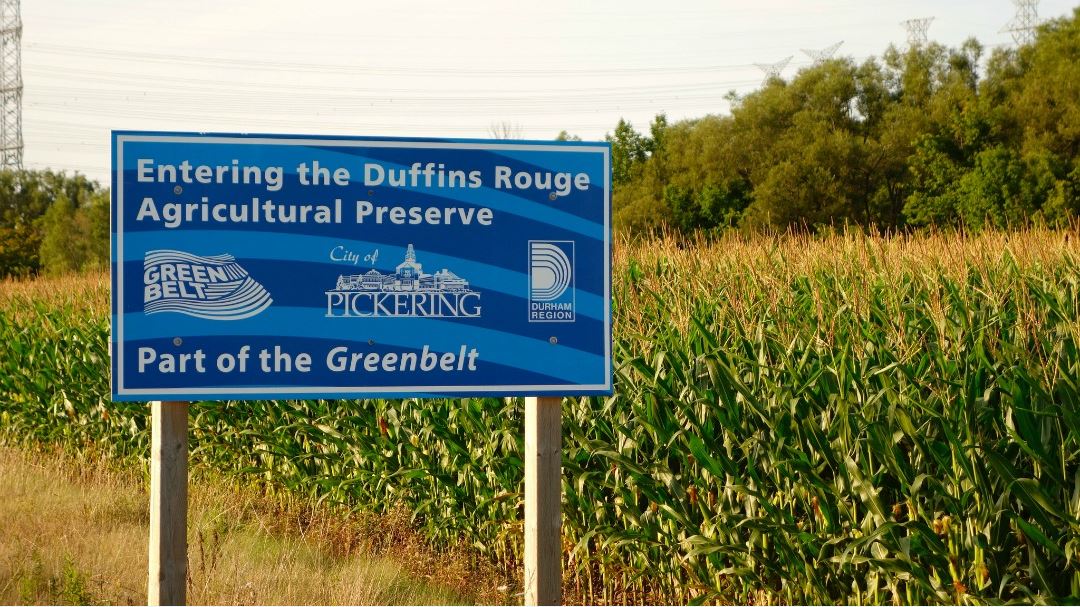 Earlier this week in a video leaked to the media, Doug Ford is on the record stating his intentions to grant developers access to the protected Greenbelt. Referring to the land as “farmer fields,” Ford references the opportunity for greater access to affordable housing development.

After significant media and political attention Ford first responded he would take a closer look at the Greenbelt but assured voters that any land rezoned would be replaced elsewhere. Less than 24 hours later Ford released a video on Twitter claiming that “The people have spoken – we will maintain the Greenbelt in its entirety.”

During this time the Liberals held a press conference committing to increasing the size of the Greenbelt should they get re-elected. 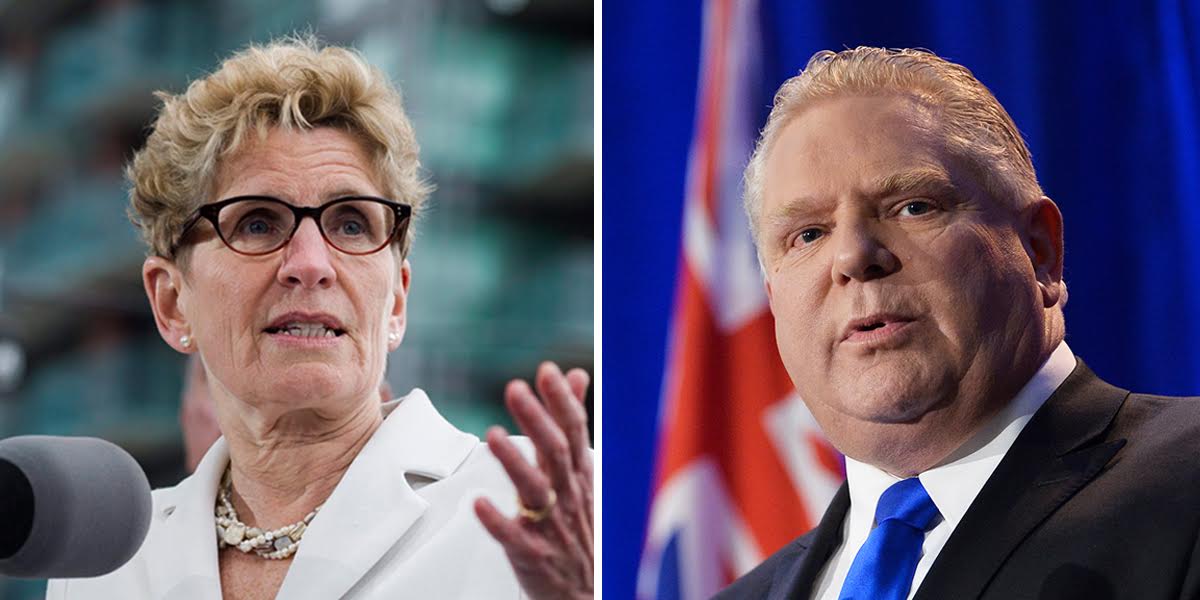 In transit news this week, Kathleen Wynne expressed concern about the future of the Ottawa LRT under a Conservative government. Recently, Doug Ford has said that he would uphold the $1 billion funding guarantee initially made by the Wynne government, and Andrea Horwath has asserted that she would pledge up to 50% of the operating costs for municipal transit projects. On Monday morning, Wynne cast doubt on these promises, stating that she cannot ensure that funding for the project will continue if there is a change in government.

However, Mayor Jim Watson has vocalized in his belief in the project moving forward regardless of a regime change. Watson affirmed that he has met with both Ford and Horwath and feels confident in the project proceeding “full steam ahead.” While the entire project is currently slated for completion by 2023, the earliest LRT line is set to open November of this year. 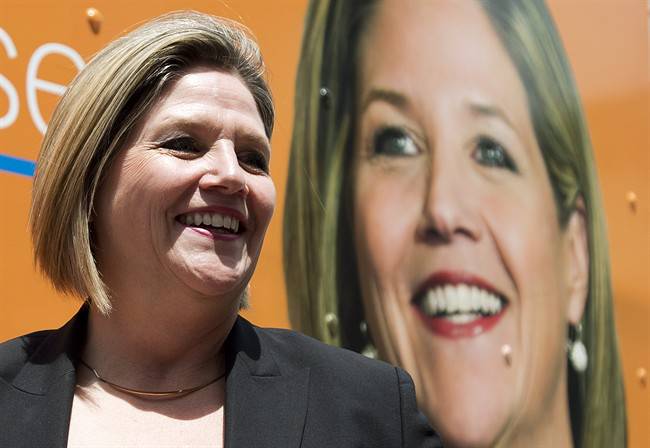 Over the weekend, Andrea Horwath officially kicked off her campaign, calling it “the biggest” in her party’s history. The launch was in her home riding of Hamilton Centre, and marks her third provincial election as NDP Leader. The NDP were the first to release a fully-costed platform, which provided the leader with her key talking points. Horwath reiterated her party’s plan to implement free child care for families earning less than $40,000, boost to hospital budgets, and bring Hydro One back into public hands. Titled Change for the Better, the platform has projected five consecutive deficits to pay for its plan, with a $3.3 billion shortfall in 2018-19 and falling to $1.9 billion by 2022-23.

The timely release of their platform has helped position the NDP as an alternative to the governing Liberals and the Opposition Progressive Conservatives, if only slightly. June 7thmarks Horwath’s third, and most likely final shot at becoming the next Premier of Ontario. Premier Wynne and the Liberals are increasingly unpopular after 15 years in power, and Ford’s inexperience and relative unpredictability have Horwath consistently leading opinion polls. Yet, her party trails the leading PC party in the polls by a considerable margin.

Horwath told supporters at the launch that the NDP will “knock on more doors than ever before,” and “replace the cynicism of those other parties with hope.” In trying to offer Ontarians a viable alternative to a two-party system, Horwath said, “what Ontario doesn’t need is Doug Ford, and what Ontario doesn’t want any more [of] is Kathleen Wynne, that’s why we’re offering change for the better.” 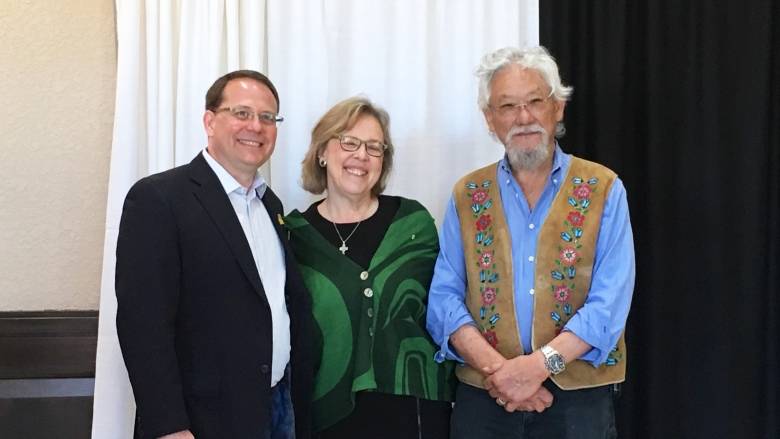 Ontario’s Green Party Leader Mike Schreiner, fresh off his Guelph rally with Federal Leader Elizabeth May and renowned environmentalist David Suzuki, has accused Premier Wynne of an ad-hoc policy approach in response to Doug Ford. Schreiner said that, “The timing of this Greenbelt expansion plan is suspect, and it smells of another opportunistic power-buying ploy from the Liberals.” As was the case with Elizabeth May in the 2015 Federal Election, Schreiner and the Greens will not be represented at the Leaders debates, a move May feels is unwarranted and unfair. May claimed that, “We are a real party, we are elected across Canada and there is no excuse to create a black out on coverage of what Green stands for.”

Does ‘time for a change’ Trump everything else?
Global insights by Hershell Ezrin

By the way observers are acting, the Ontario election is already over – before the writ has even dropped. Time to choose new offices and furniture for the next government. The Conservatives appear in comfortable majority territory in the latest polls, despite Liberal efforts to reset the narrative in the past month with a parliamentary prorogation, Throne Speech and a 307- page budget that touched almost every aspect of life in Ontario.  In this view, all that remains to settle is the race for second place.

Potential speed bumps remain. Doug Ford and Kathleen Wynne are locked in a competition for the worst voter negatives. Liberal faithful cling to the fleeting hope of a Ford Trumpian style diatribe that could change the campaign’s course. Multi-party splits could affect local outcomes. Strategic voting among progressives could lead to an NDP surge.  But the clock appears to be running down.

Most election campaigns are based on hope or fear. It is no different this time. While Liberal activists frame visions of Ford-Trump similarities and raise fears about dismantling our health system, both Ford and Horwath play the hope card. Ford promotes fixing what ails Ontario and putting it back in the people’s hands while Horvath adopts change ‘for the better’.

‘Time for a change’ is a powerful election motivator, and Canadian electoral history has proven it time and again. Federally, the Liberal regimes of Pierre Elliott Trudeau-Turner or the Chretien-Martin crowds ultimately outstayed their welcome. Kim Campbell’s short-lived Prime Ministership was really a fin-de-siecle rejection of the Mulroney years; Mr. Harper’s 2015 defeat followed a remarkable four-election, 9- year hold on power. In an accelerated era of disruptive change, the Ontario Liberals are trying to win a five-peat, reminiscent of the by-gone days when PCs ruled Ontario or Alberta for decades.

But, as Yogi Berra said, ‘it ain’t over until it is over’. Elections are not coronations. Tim Hudak faced the governing Ontario Liberals going into two election cycles with a lead, only to find the vagaries of campaigning had defeated his chances. David Peterson called an Ontario election in 1990 with a 50% advantage in the polls, only to see his Liberals defeated. 40 days in a campaign is a lifetime in an era of social media and digital communication. Somewhere in the last two weeks of the campaign, the large undecided vote will start to solidify one way or another based on the campaign; others will decide whether to vote at all.

‘Time for a change’ also offers important opportunities to all parties. Time in opposition allows renewal of leadership, attraction of new supporters and permits test-driving new policies. It allows for rebuilding, absent the constant pressure of governing. Trouble is that in politics, winning is often the only measure that counts.