In what could be a history-making moment for Ontario’s Green Party, Thursday’s election could serve as the day the first Green MPP is elected to the provincial legislature. 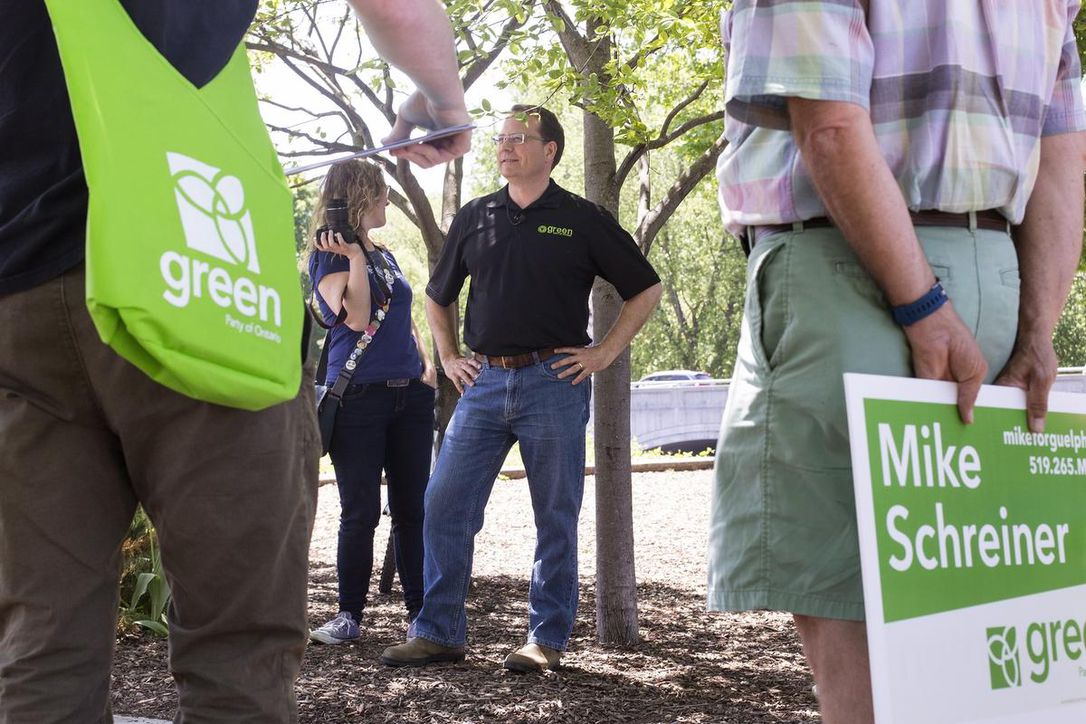 Leader Mike Schreiner claims he had two goals heading into this election cycle: to see the first Green MPP (or MPPs) elected and to increase the provincial vote total. It will likely be Schreiner himself who will make the former a reality. The latest poll from Mainstreet Research shows Schreiner capturing 31.7% of the vote, with the NDP runner-up Agnieszka Mlynarz at 28%. Schreiner is running in the riding of Guelph, a long Liberal stronghold held by former cabinet minister Liz Sandals. With Sandals’ decision to not seek re-election opening up the space for Schreiner and the Greens, Ontarians may see a Green MPP take a seat at Queens Park for the very first time. It should be noted the margin between Schreiner and Mlynarz is tight, and Schreiner is working hard to combat messages of strategic voting and urging voters to cast their ballots for the candidates and parties they believe in. While Schreiner, who was elected party leader in 2009, is realistic about his party’s chance at forming government, he is hopeful that Thursday will mark a major milestone for Greens in Ontario and across the country. 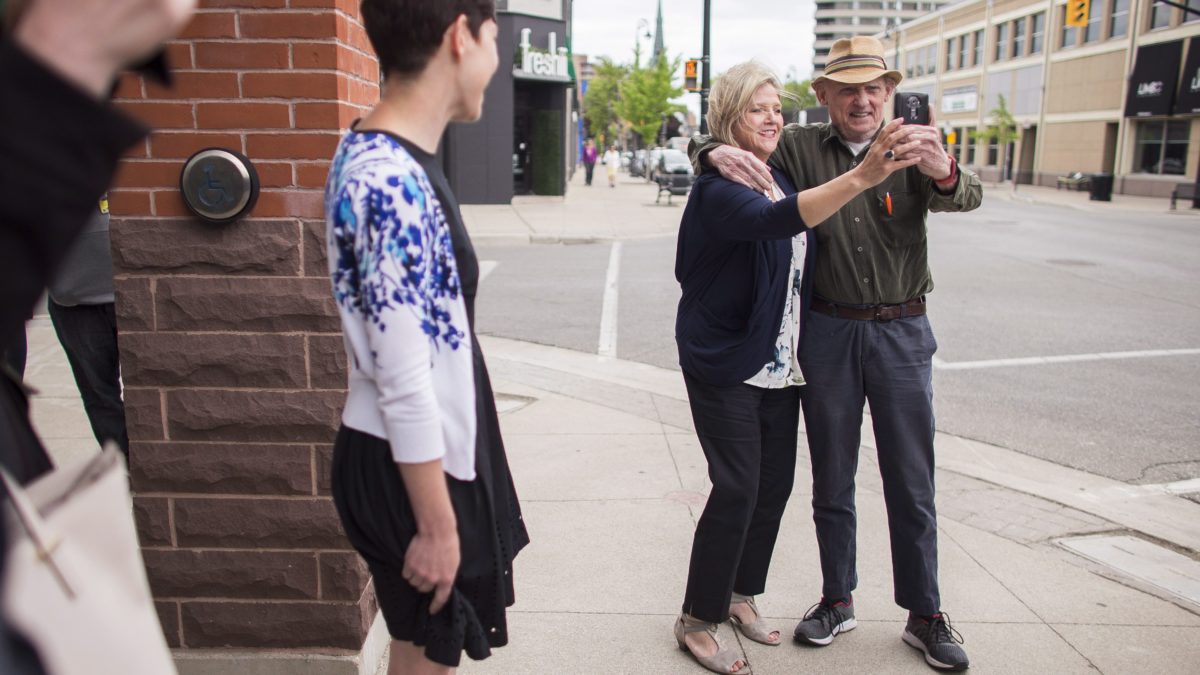 Andrew Horwath is certainly keeping busy with only 2 days remaining in the campaign. The NDP Leader had 5 campaign events yesterday across southwestern Ontario, and today will make stops in the new riding of Brampton North before returning to southwestern Ontario for events in Guelph, Kitchener, Cambridge and Brantford. The NDP seem to have identified that their path to victory will run through southwestern Ontario, a region usually controlled by the PCs. The NDP focus on the southwest is contrasted by Ford’s team’s commitments in the GTA. Both leaders are looking for any advantage to break the deadlock in the polls and Horwath is ramping up her commitments in the effort to replace the former Liberal government.A Forum Research poll shows Doug Ford and the PCs with a razor thin edge lead over Andrea Horwath and the NDP with 38% and 37% while the Liberals remain at 18%. 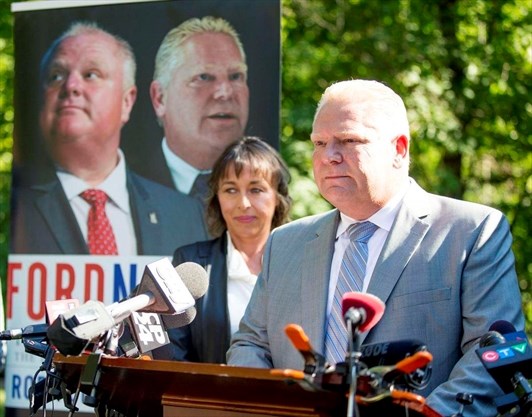 Doug Ford is being sued by his sister in law. The suit alleges Doug Ford and his brother Randy Ford liquidated millions of dollars of the family fortune, mishandled the management of Deco Labels & Tags Inc., and are withholding estate funds from the late Rob Ford’s widow and children. Both the PC Leader and his mother have spoken out against the claims calling them “heartbreaking” and “without merit.” Ford commented on the actions taken by his sister in law through the reiteration of his love and support for his niece and nephew, “this is about two kids and honestly it’s heartbreaking. It’s heartbreaking that Renata’s taking this road. I’d do anything for those kids.”With just 2 days remaining in the campaign the timing of the suit is questionable. This is not likely to affect the overall tone of the election or how Ford is viewed by his supporters. 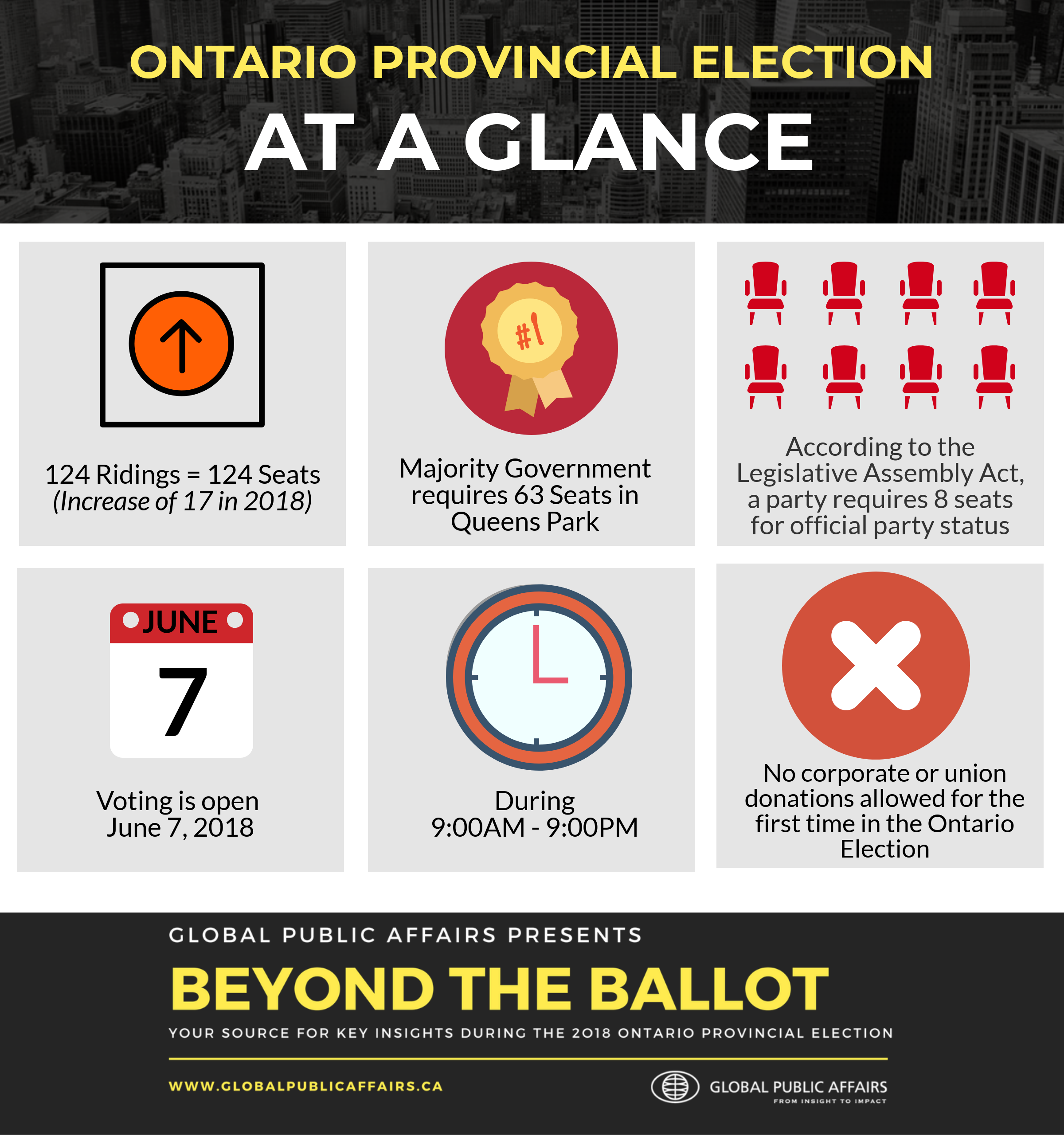