Beyond the Ballot: Inter-provincial dynamics and the 2019 federal election 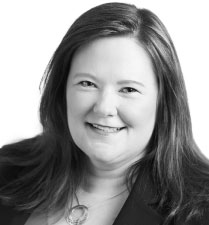 Over the past four years, Canada has seen a dramatic shift in inter-provincial dynamics. In this edition of Beyond the Ballot, Global’s Kim Haakstad takes a look at how the outcome from the federal election could further impact those relationships.

Across Canada, over the past four years there has been a dramatic shift as provinces like Alberta, Manitoba, New Brunswick and Ontario turned blue and subsequently came out swinging in opposition to the policies of Prime Minister Justin Trudeau’s Liberal government – most notably climate change, the carbon tax and environmental legislation such as Bill C-69. This is almost par for the course as Canadians often tend to hedge their bets and lean toward opposing provincial governments.

But what does that really mean for this federal election?

Provincial politicians are often seen as being closer to the pulse of voters than federal politicians given the latter spend so much time in and travelling to and from Ottawa. This often translates into a perception that provincial premiers have the most legitimate voice on the needs of their province and as a result, they are sometimes looked to almost for guidance by their provincial constituents on how to vote in a federal election. While some premiers are more private about their federal intentions (or hopeful wishes), others will most certainly wade into this year’s federal election like never before.

Unlike previous federal elections, current tensions between the Trudeau government and Conservative premiers serving in office will be front and centre particularly in Ontario, where Premier Doug Ford is being positioned by the federal Liberals as a cautionary tale for the rest of Canada. Ford is not polling well and, despite exchanging repeated jabs with Trudeau, has pledged to stay relatively quiet during the campaign, with Queen’s Park recessed until October 28. However, that will not stop the Liberals from pointing out the most unpopular of Ford’s policies as they relate to significant budget cuts across the province, as evidence that Ontarians should stick with the tradition of electing Liberals when the Conservatives hold power provincially.

In Atlantic Canada, there is widespread speculation that the Liberals will lose seats; they swept every riding in the last election. Even with seats changing hands, concerns about the local aging population, the need for economic investment and a plea for status quo on equalization will remain consistent for all four Atlantic premiers post-election.

Quebec, Alberta and the Prairies

Turning to Alberta, equalization is an issue there too – Premier Jason Kenney wants it changed and has taken aim at Quebec Premier François Legault over equalization and Quebec’s unanimous passing of a motion against pipeline development. Kenney is also breaking away from the practice of provincial leaders to stay out of federal election campaigns and is actually going a step further by campaigning for the federal Conservative Party outside of Alberta. He is especially focused and effective in multicultural communities where he built deep relationships during his time as a federal Member of Parliament and Minister. Kenney’s stated mission in a recent video released on social media is to “separate Justin Trudeau from the Prime Minister’s Office.”

While the two have known each other a long time in Ottawa, the relationship between Trudeau as Prime Minister and Kenney as Alberta’s Premier is new. It appears clear Alberta’s new Premier believes he has nothing to lose by engaging aggressively in the federal campaign, even if the Liberals are re-elected. This view is shared by newly re-elected Manitoba Premier Brian Pallister and Saskatchewan Premier Scott Moe who, while not campaigning as openly against the Liberals, have expressed frustration with Trudeau’s government on issues such as the federal carbon pricing backstop, lack of progress in resource development and supporting the energy sector. For his part, Moe recently stated he won’t be endorsing parties during the campaign, but he will, however, be commenting on policy affecting his province, as platforms are unveiled.

British Columbia, the lone orange spot on the national map, has a minority government and a Premier in John Horgan who has largely shown to be disciplined and strategic. While many of his supporters will help their federal counterparts get elected or re-elected, he knows that his top priorities are well-served with a re-elected Trudeau government. Outside of the Trans Mountain pipeline expansion project, Trudeau and Horgan generally get on very well and B.C. has received significant federal investment in recent months. Some of this is also due to the Liberals’ belief that B.C. could once again be a growth area for the party. If Trudeau wins and especially if he can manage to hold most of the Liberals’ seats in B.C., the Horgan government will feel much more secure as a government than if Scheer’s Conservatives win. We will know late on October 21 which premiers fared better in terms of their strategy and alignment during the federal campaign. That being said, we would not expect to see any major overhaul in the current federal-provincial dynamic post-election. Each premier has his own political agenda and shortlist of key priorities, and we will expect those same themes and related asks will continue to be raised by premiers heading into the next government’s mandate.