Tributes and discussion continues around the senseless act of violence that took place in Toronto on Monday.

Tributes and discussion continues around the senseless act of violence that took place in Toronto on Monday. All Leaders have praised the actions of Toronto Police and first responders and it is expected that public support will continue throughout the upcoming campaign. 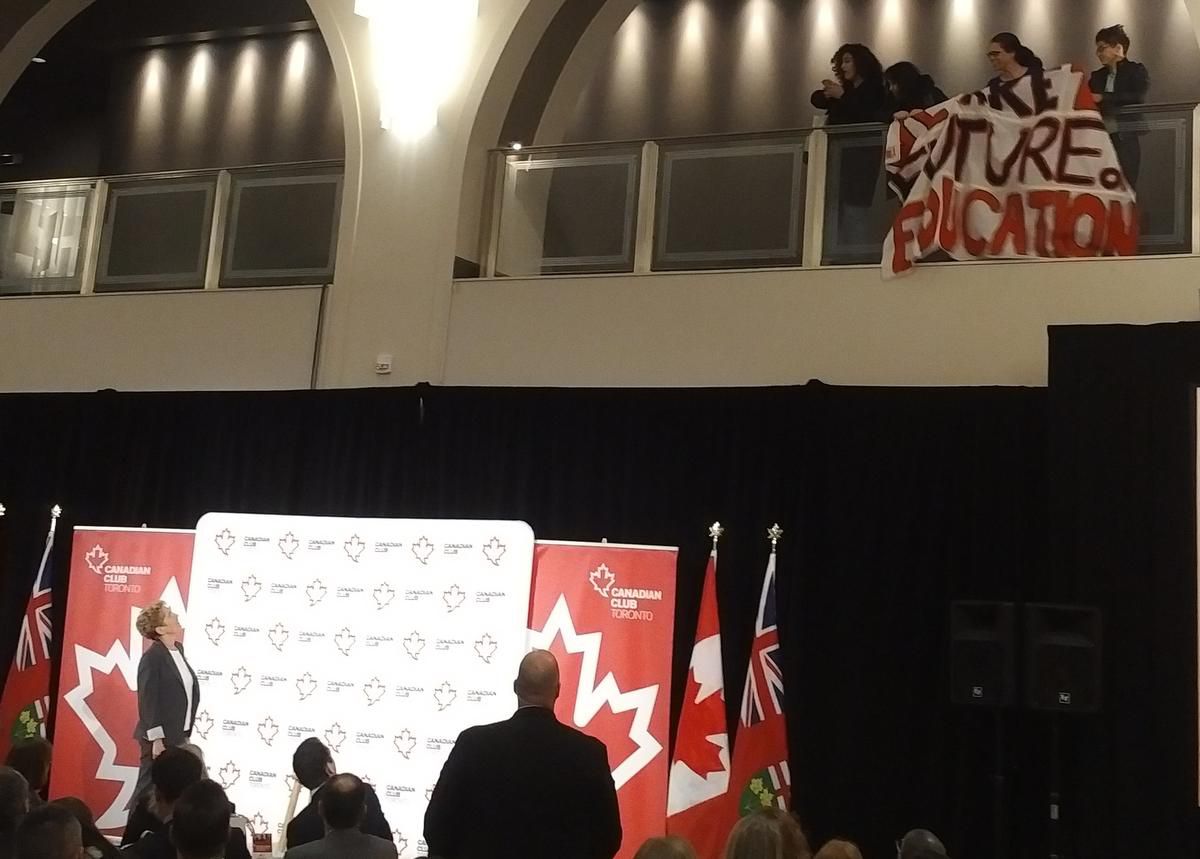 Earlier this week Premier Kathleen Wynne ‘s Canadian Club speech was interrupted by protesters. Those protesting the Premier were from the Canadian Union of Public Employees Local 3903, who have been on strike at York University since March 5th. Wynne, who shared the protestors frustration, commented “we live in a democratic society and isn’t that a wonderful thing,” and “that’s democracy.”Doug Ford has been traveling the province and speaking at well attended rallies. In a recent stop in Ottawa, Ford promised supporters that “the Liberal party is over with the taxpayer’s money, we’re going to start putting money in your pocket instead of the governments pocket.”  Ford has stated that the PCs will release a “fully costed” platform, but will not balance the budget in the first year should they form government. He also has pledged to remedy 4% “efficiencies” while reminding the public that “I don’t use the word ‘cuts.'” Stay tuned for our in-depth analysis of the PC platform once it is released.Andrea Horwath has had a quiet week since unveiling her party’s platform last week. The NDP leader has polled with the highest favourability rate of the leaders of the three major parties, yet remains unknown to many voters. Former NDP MPP and current leader of the federal NDP Jagmeet Singh will speak at an event in Toronto in late May, and will be relied upon to help boost the profile of Horwath. 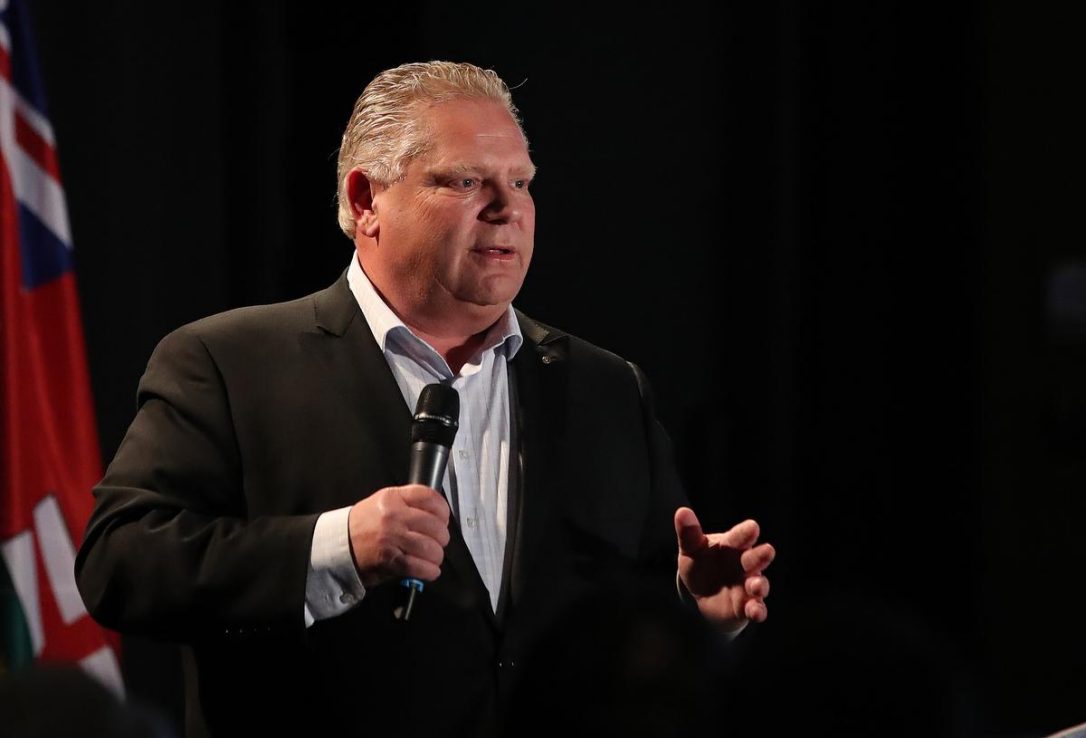 “They are cooking the books”

Ontario’s Auditor General has stated that financial statements “dramatically understate” the Liberal government’s deficit by billions of dollars. The Auditor General’s report claims that the government has not accurately reflected the true cost of its borrowing plan to cut hydro rates by 25 per cent.  The report further questions how the province accounts for revenues related to two teacher pension plans it includes on the books as assets.Finance Minister Charles Sousa acknowledged that the government and the Auditor General’s office have been at odds over the issue for years, stating “this is an ongoing disagreement between professional accountants.”Doug Ford has accused the government of “cooking the books” and misleading Ontarians. The PC Leader has promised that if elected he will launch an independent “commission of inquiry” to investigate the $5 billion difference between the numbers. Ford stated, “what we are witnessing is a betrayal of the public trust,” and that the inquiry would recommend options to “restore integrity” to the government’s financial reporting.

Nominations (and appointments) continue across the province

With less than two weeks until the writ drops and the campaign officially begins, parties are racing to finalize candidate nominations across the province.

Over the past year, the Tories have been under fire over their nomination practices. Under Patrick Brown’s leadership, several nominations across Ontario became public issues after allegations of last-minute disqualifications, ballot-stuffing and improper practices were revealed. After winning the leadership race in February, Doug Ford was quick to call these “disturbing”, and that his party would be “reviewing every single nomination.”

Last weekend, the controversial decisions continued. On Saturday, Ford announced the appointment of eleven candidates across the province, covering all ridings that had yet to schedule official nomination meetings. These include several notable candidates and ridings, including:

In responding to criticism over the decision to appoint candidates, Ford pointed the blame at Patrick Brown, and the “mess” he inherited as new party leader.

While the Liberals have also called Ford out over the nominations, they have been quietly arranging appointments as well. In Mississauga Centre, Wynne appointed Bobbie Daid to face off against former PC leadership candidate Tanya Granic Allen. Daid, who ran and lost as a Liberal candidate in 2014 in Dufferin-Caledon, was selected over local real estate lawyer Shafqat Ali. Liberal campaign co-chair Deb Matthews highlighted Wynne’s ability to appoint up to five candidates under the party constitution, and noted that it was important to have a female candidate in the riding to “expose” PC candidate Tanya Granic Allen’s positions on some controversial issues.

Global is putting together an all-party candidates list and it will be available on our website as soon as the writ drops, stay tuned. 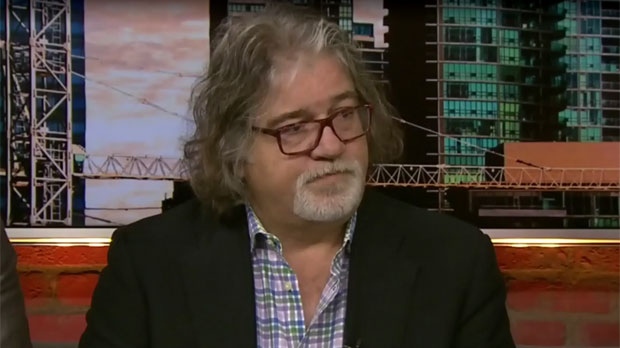 Liberal campaign co-chair speaks out of turn against Ford

One can expect this campaign to be heated especially as we get closer to June 7th.Last week on a CP24 panel, Liberal party campaign co-chair David Herle spoke out against PC Leader Doug Ford. While on a panel with Ford campaign director Michael Diamond and NDP’s Michael Balagus, Herle used a crude word to describe Doug Ford which has ultimately back-fired on him and the Liberal campaign. Following his remarks, Herle issued an apology saying he should not have  “followed suit” implying that his actions were similar to Doug Ford’s. In his statement he was quoted that he regretted his statement calling it “inappropriate”.Most would assume Doug Ford would react aggressively but his response was the opposite. At a campaign event in Chatham, Ford responded that he knew the campaign would be “dirty” but he will “take the high road”. Ford also took the opportunity to widen the PC tent by characterizing Herle’s remarks as an insult to his supporters which are not only PC but Liberal and NDP too.

Last weekend, while in Halifax for the federal Liberal party convention, Premier Wynne commented that Herle’s remarks were inappropriate making the distinction between naming a behaviour and name calling. When asked about naming behaviour, Wynne said she will continue to name Ford’s behaviours throughout the campaign and was quoted “when he goes low, I’m going lower.”

David Herle has been a Liberal campaign strategist for several years at the federal and provincial level. In 2014, he was campaign co-chair re-electing the Liberals to a majority government.