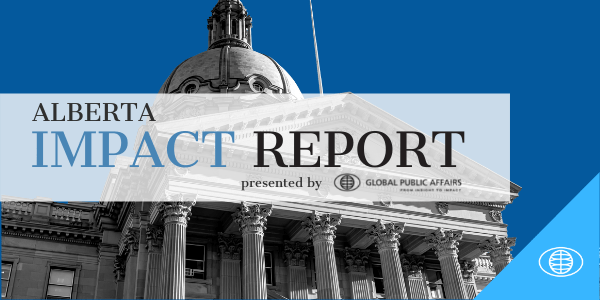 Over the next month, municipalities across the province will make decisions on their budgets for the next four years. One year into the job, this will be one of the biggest decisions that newly elected councils make before they face the voters again in 2025.

During budget deliberations, municipal leaders are often quick to remind the public that a tax freeze is effectively a cut in services, especially for growing communities. That will be especially true during a budget cycle where inflation is having a massive impact on all aspects of budget priorities.

This year, municipalities will have very little wiggle room to respond to inflationary pressures on budgets without resorting to raising taxes or making cuts to services. Unlike the provincial government, who are projected to have a significant surplus, municipalities feel the full brunt of the affordability crisis. Councils that prioritized freezing taxes or increasing investments below the rate of inflation in prior years will feel more pressure as cost-of-living increases will be compounded.

Across the province, the outlook is tough. Although some municipalities have proposed tax increases under 2%, many others are looking at increases between 3.9%, all the way up to 12.5%. There will be many discussions prior to the end of December on how to balance service delivery while protecting residents and businesses from further cost increases. These discussions will be all about tradeoffs – hold the line on taxes or accept reductions to key services like snow removal, hours for recreation facilities, and road maintenance. Keeping taxes low and maintaining service levels likely isn’t realistic in this budget cycle.

There is no doubt that local councils will leave these budget deliberations with some new political scars. While local decisions will factor into many tax increases, councils will be quick to remind their residents that other orders of government also have a role to play. Ongoing fiscal pressures on municipal budgets include the downloading of services that fall within primarily provincial authority, ongoing issues around unpaid property taxes in rural areas, increased policing costs, an increased carbon tax, and changes being made to granting formulas that support municipal capital programs. All of these factors have impacts on local decision making.

Premier Danielle Smith has made it clear that she intends to reset the relationship with Alberta’s municipalities. At a luncheon with Calgary business leaders last week, she referenced the appointment of Municipal Affairs Minister Rebecca Schulz as a key indicator that these relationships matter. A relationship reset is something local leaders have been promised before. The new administration will be judged on actions taken to address the growing list of concerns from Alberta’s municipalities.

One of those key conflict points is predictable and sustainable capital grant funding. Changes to how the province supports municipalities could be on the horizon. With the key capital grant program, the Municipal Sustainability Initiative (MSI) set to expire, alternatives will be required. Under Premier Jason Kenney’s leadership, the province was prepared to replace MSI with the Local Government Fiscal Framework (LGFF). The LGFF would begin at a lower base dollar figure than MSI and increase at 50% of provincial revenues. Premier Smith has directed Minister Schulz to continue engaging stakeholders on LGFF but is also prepared to present new ideas to municipalities.

During the UCP leadership campaign, Smith presented an idea that municipalities could keep 100% of the property taxes collected in their jurisdictions – including the education portion. In the recent mandate letter to Minister Schulz, Smith directed her to investigate this idea with her cabinet counterparts. According to the Premier, it would be hypocritical for the province to bemoan a lack of equity in how Ottawa deals with Alberta without addressing the same concerns being raised by municipalities.

The framework Smith is proposing could be a gamechanger for a lot of municipalities. In 2022, Calgary collected $772.6 million in property taxes to be returned to the Government of Alberta. Contrast that with the $485 million across the entire province that the Government of Alberta earmarked for 2022-2023 through MSI. For larger municipalities, this change could drastically increase revenues which could give more autonomy and responsibilities to local decision makers.

The same may not be true for smaller municipal centres with smaller local tax bases. Some of these communities may not benefit from these changes in the same capacity that larger municipalities would. With a recognition that the rural political base is critically important to UCP political fortunes, this is an issue that would need to be addressed in any fiscal framework change.

It should also be noted that Premier Smith has called on the federal government to deliver funding to Alberta without strings attached. In the interests of being consistent, could that same thinking be applied to changes in municipal funding? Would the transfer of provincial education property taxes to municipalities come with specific parameters, or would local governments be free to use this new revenue source as they see fit?

Answers to these questions will take time. In the short term, municipalities will have to make decisions based on the current funding formulas, inflation rates, service delivery models, asset management plans, coupled with an upcoming predicted recession in early 2023.

Global Public Affairs’ Team is positioned to help you leverage insight into impact. To further inquire about our Alberta Municipal expertise, please reach out to: jpinkster@globalpublic.com.